Just A Stunning Pic From Niharika Konidela's Wedding Festivities. Wow Is The Word 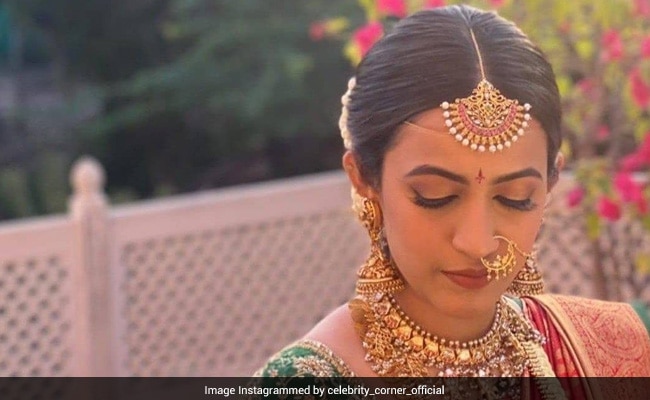 Meet the bride. A picture of Niharika Konidela's  pre-wedding look is here and stunning can't even begin to describe it. The picture, shared by many fan clubs dedicated to the actress-producer, is spreading like wild fire on social media. Niharika, who made her acting debut in the year 2016, got married at Udaipur's Umaid Bhawan Palace tonight. Niharika got engaged to Hyderabad based techie Chaitanya JV in August this year. For her special day, Niharika picked a red and gold Kanjeevaram saree, which she paired with an embroidered green blouse. She accsessorised her look with traditional gold jewelry. She kept her make-up minimal .

Without much ado, take a look at Niharika's bridal look here:

Ahead of her wedding, the actress shared a picture from her Haldi ceremony on her Instagram story and she captioned it: "Calm before the storm." See the picture here: 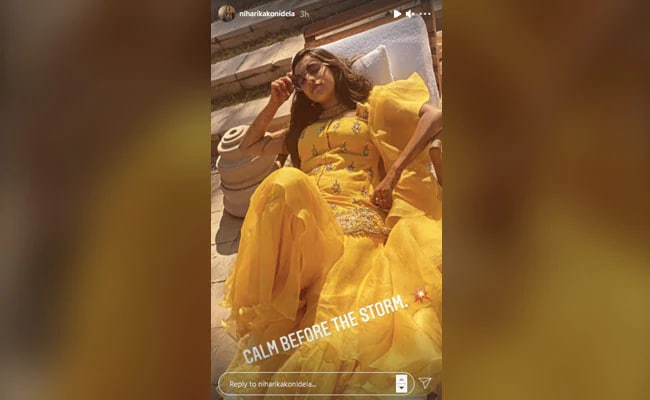 Niharika's wedding festivities kick-started in Hyderabad over the weekend and were a close-knit affair. Later, her uncle Chiranjeevi, her brothers and actors Varun Tej, Ram Charan (Chiranjeevi's son), Sai Dharam Tej, Allu Arjun and Allu Sirish flew to Udaipur for her pre-wedding festivities, pictures from which are going insanely viral.

Niharika Konidela made her debut in films with 2016 movie Oka Manasu. She was a television presenter and even starred in web-shows, which were produced by her production firm Pink Elephant Pictures, some of which were Muddapappu Avakai, Nanna Koochi and Madhouse. Niharika Konidela was last seen in Sye Raa Narasimha Reddy, which starred her superstar uncle Chiranjeevi.