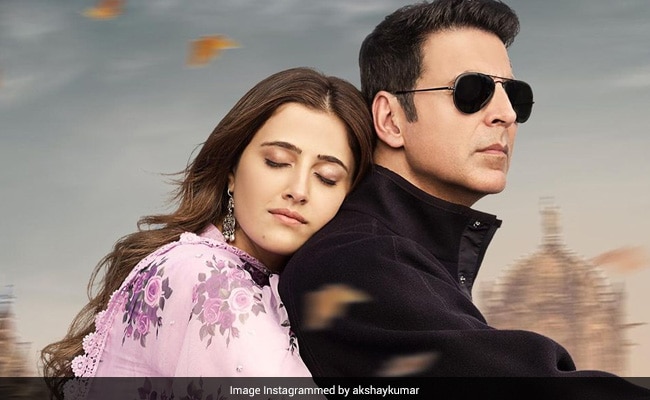 To all those who were waiting for the first look of Akshay Kumar and Nupur Sanon's new song Filhaal 2, it's finally here. On Thursday, Akshay and Nupur shared the first look poster of the second part of their music video titled Filhall and made our day. In the first part, which released in November 2019, the duo reminisced their heart-wrenching love story and in the poster of the second part of the song, Akshay Kumar and Nupur Sanon rekindle their love. Nupur, pretty in a purple outfit, can be seen hugging Akshay Kumar from behind as he rides a bike in the poster. Sharing the first look, Akshay also announced the release date of Filhaal 2 - Mohabbat teaser.

Akshay and Nupur announced Filhaal 2 last year with this poster.

Later in 2020, when some reports claimed that the makers of the song will cast new people for the second part, Akshay Kumar slammed the "fake" reports and clarified that Filhall part 2 will feature the original cast only. An excerpt from the statement shared by him on behalf of the makers of Filhall read: "For all the Filhall fans out there! It has been brought to our notice that some impostors have made a fake news for casting of the song Filhall part 2. We, the team of Filhall, would like to clarify that neither we nor our production house/banner have authorised or engaged any individual, agency, partnership firm or company to cast for the sequel of our song Filhall. In fact, we are not looking at casting anybody new for the sequel of Filhall and we assure you that the story of Filhall continues and will be portrayed by the original cast and the same team of the original Filhall. We would request all our fans and viewers to disregard any such fake casting call."

Directed by Arvinder Khaira and sung by B Praak, Filhall was written by Jaani. Other than Akshay Kumar and Nupur Sanon, it also featured Ammy Virk and B Praak.