"Felt Like A Deer Caught In The Headlights," Writes Neetu Kapoor On Husband Rishi Kapoor's Death 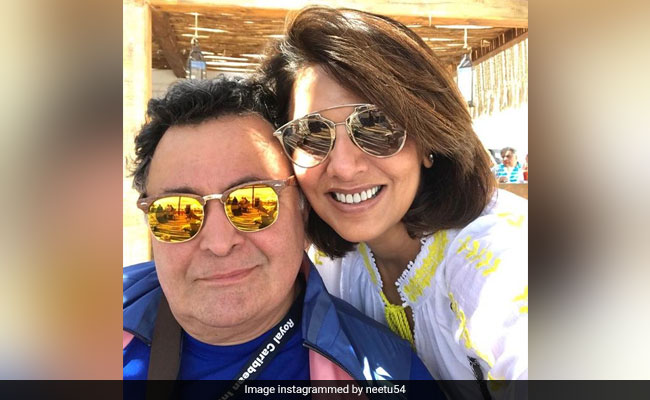 For Neetu Kapoor, "2020 was quite a roller coaster." The actress lost her husband, actor Rishi Kapoor, in April this year and few months later, when she found something "to looks forward to" in the form of her new film Jug Jugg Jeeyo, she contracted COVID-19. On Tuesday, Neetu Kapoor posted a set of photos and a video of herself, also featuring Rishi Kapoor, their son, actor Ranbir Kapoor, and their daughter Riddhima Kapoor Sahni and wrote about how she felt after the death of her husband, one of the iconic stars of Bollywood. "2020 was quite a roller coaster! When YOU left, I felt like a deer caught in the headlights not knowing where to go," she wrote and added: "Jug Jugg Jeeyo was cathartic at that time as it gave me something to look forward to! Then COVID-19 happened. I could have never gone through so much without my cuties... thank you both for holding on, Ranbir and Riddhima...#jugjuggjeeyo."

The actress shared details about her coronavirus diagnosis in an Instagram post in December. "Earlier this week, I tested positive for COVID-19. All safety measures are being followed and I am thankful to the authorities for all their help and quick response. I am in self-quarantine, taking medication on my doctor's advice and feeling better. I am so grateful for all your love and support. Please stay safe, wear a mask and keep safe distance. Take care," she wrote in her post.

Neetu Kapoor and other stars wrapped the shooting schedule of Jug Jugg Jeeyo in Chandigarh recently.