"Following all the precautions and protocols," wrote Fatima Sana Shaikh 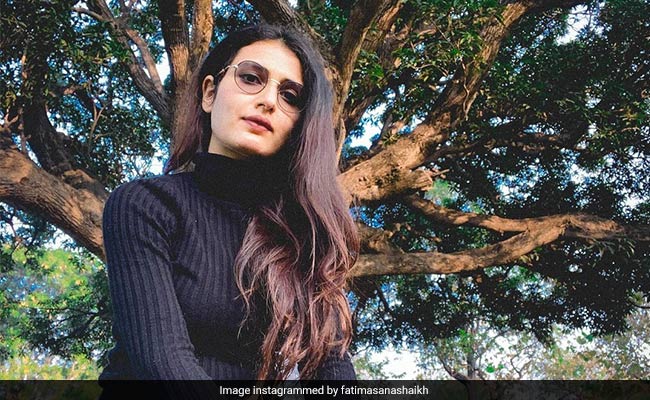 Fatima Sana Shaikh has tested positive for COVID-19 and she is currently in self-quarantine. On Monday, the 29-year-old actress, sharing the update on her health added that she is following all the necessary health and safety protocols after contracting the virus. She wrote in her Instagram story: "I have tested positive for COVID-19 and currently following all the precautions and protocols and have been home quarantining myself." The Dangal star thanked her fans and all her well-wishers for their concern. "Thank you for all your wishes and concerns. Please stay safe guys," Fatima Sana Shaikh wrote. 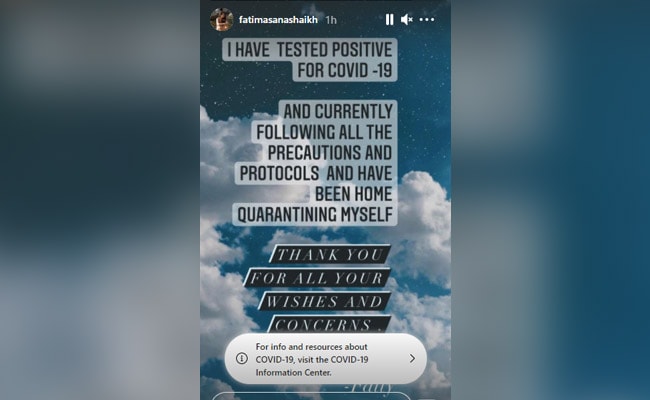 Fatima Sana Shaikh became a household name after she featured in Nitesh Tiwari's 2016 super hit film Dangal, alongside Aamir Khan and Sanya Malhotra. Before her breakout movie, the actress starred in television shows like Ladies Special and Agle Janam Mohe Bitiya Hi Kijo. She also starred in Thugs Of Hindostan, co-starring Aamir Khan, Amitabh Bachchan and Katrina Kaif. Fatima recently featured in Anurag Basu's Ludo, which released on Netflix and Suraj Pe Mangal Bhaari. She will next be seen in Netflix's Ajeeb Dastaan, alongside Jaideep Ahlawat.