"May you always have reason to smile. Love you loads," wrote Farhan Akhtar 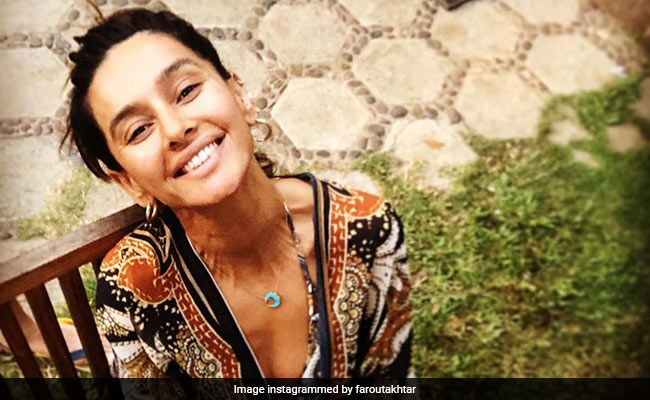 Shibani Dandekar turns 39 today and on her birthday Farhan Akhtar posted a wish on social media and it made Shibani smile. Farhan, who is reportedly dating the singer-model, shared a stunning picture of the birthday girl on his Instagram profile and he accompanied it along with the sweetest birthday wish. In his post, Farhan referred to Shibani as "Sunshine" and wrote: "Happy birthday sunshine. May you always have reason to smile. Love you loads." The adorable post aside, it was Farhan's hashtag on the post that made Shibani laugh. In case you are wondering what the hashtag was, Farhan wrote: '#womenwhodontlook60."

Shibani responded to Farhan's post in the comments section and she wrote: "Love You Foo." She added several LOL emojis to the post. Take a look at Farhan Akhtar's post here:

Shibani and Farhan, who reportedly started dating last year, frequently feature on each other's Instagram profiles. The couple recently walked the ramp for designer Payal Singhal at the Lakme Fashion Week together. Take a look at the picture here:

The couple frequently delights their Instafam by posting loved-up pictures. Here are some of the posts shared by Shibani and Farhan on their Instagram profiles:

Farhan Akhtar was earlier married to hairstylist Adhuna Bhabani, with whom he has two daughters - Shakya and Akira.