"A hairline fracture on the hamate bone, found among the carpal bones of the hand," wrote Farhan Akhtar 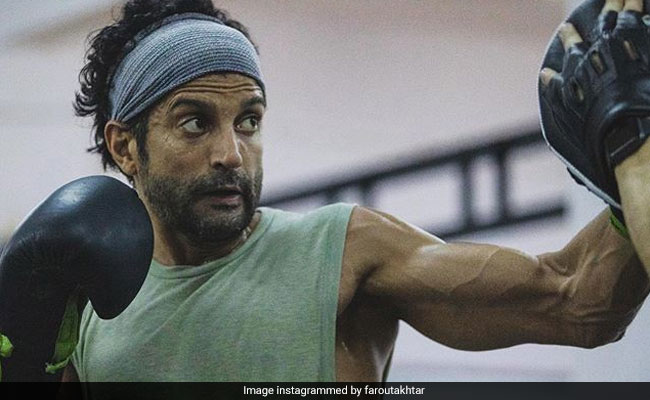 Actor Farhan Akhtar, who is currently busy shooting for his upcoming film Toofan, has suffered an injury while shooting for a scene of the movie. The 45-year-old actor shared an x-ray image of his "first legit boxing injury" on social media on Sunday and revealed he fractured his hamate bone, a carpal bone situated on the lower outside edge of the hand. Porting the x-ray image on Instagram, Farhan Akhtar captioned it: "When nature plays Tetris... And yup, that's my first legit boxing injury... A hairline fracture on the hamate bone, found among the carpal bones of the hand" and accompanied it with hashtags such as #nopainnogain #ToofanInTheMaking #trophycollector.

When nature plays Tetris .. and yup, that's my first legit boxing injury .. a hairline fracture on the hamate (courtesy @kongkoul )found among the carpal bones of the hand. #nopainnogain #ToofanInTheMaking #trophycollector #weareallthesameinside

Farhan Akhtar is going through intensive training for Toofan, in which he plays a boxer. The film will also feature Paresh Rawal as the boxing coach of Farhan Akhtar's character. Directed by Rakeysh Omprakash Mehra, the sports drama is co-produced by him along with Ritesh Sidhwani and Farhan Akhtar. Toofan is Farhan and Rakeysh's second project together as the duo have previously worked together in the 2013 film Bhaag Milkha Bhaag, in which Farhan portrayed the role of legendary field sprinter Milkha Singh. To keep the excitement level high among his fans, Farhan Akhtar frequently posts several photos and videos from his preparatory session. Take a look at the film's first look and Farhan's preparatory videos:

If you want to do your best, you need the best to guide and teach you. Privileged to have @darrellfoster, the man who choreographed #Ali & #BleedForThis take the boxing bouts in #Toofan to a whole other level. @rakeyshommehra @excelmovies @drewnealpt @samir_jaura

On the work front, Farhan Akhtar was last seen in The Sky Is Pink, which also stars Priyanka Chopra, Zaira Wasim and Rohit Saraf. The film is based on the life of late motivational speaker Aisha Chaudhary, who was born with an immunodeficiency disorder and was diagnosed with pulmonary fibrosis at the age of 13. She died at 18.