Farhan Akhtar instagrammed a picture of himself (edited on Snapchat) with heart-shaped blush on his cheeks, red lip colour and a Minnie Mouse bow 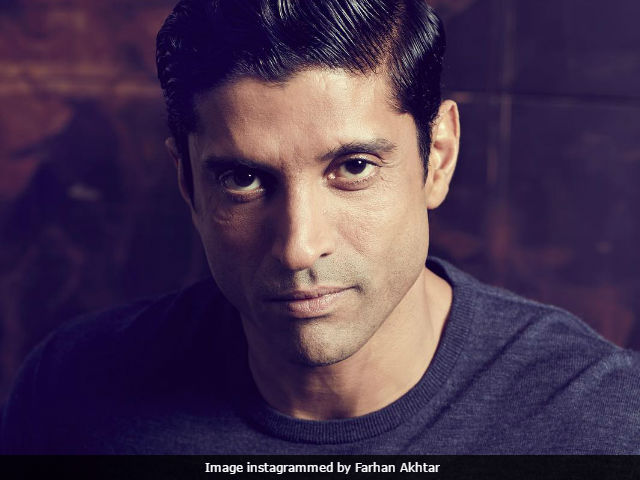 New Delhi: Actor Farhan Akhtar's daughter thought her father needs 'more colour' in his life. Enter, Snapchat. Farhan Akhtar instagrammed a picture of himself (edited on Snapchat) with heart-shaped blush on his cheeks, red lip colour and a Minnie Mouse bow and captioned it: "When your daughter thinks you need snapchat to add some colour to your life. (sic)" Farhan, 43, posed with a grave expression but the hashtags he used - #funtimes #lovemygirls - tell a different story. Farhan was married to hairstylist Adhuna Bhabani from 2000 to 2017 and the couple has two daughters - Shakya and Akira. Take a look at Farhan's picture, clicked by his daughter.

When your daughter thinks you need snapchat to add some colour to your life.. #funtimes #lovemygirls

Farhan first met Adhuna when they collaborated on his debut film (as director) Dil Chahta Hai, which was also Adhuna's first film a stylist in Bollywood. Farhan married Adhuna in 2000 and the couple separated 16 years later. A family court in Mumbai granted them a divorce in April 2017. Even after separating, Farhan and Adhuna maintained an amiable relationship and are often spotted together along with their daughters.

Promoted
Listen to the latest songs, only on JioSaavn.com
Farhan Akhtar recently attended Primavera Sound music festival in Barcelona where he caught up with old friends. Here are some pictures from the fest.

So good to hear folk music from India in #barcelona yesterday.. Rajasthan Express did a cracking set at #primaverasound .. #musiclove #funtimes

Farhan Akhtar was last seen in Rock On 2 and his upcoming films are Lucknow Central and The Fakir of Venice. as producer, his last film was Raees starring Shah Rukh Khan, Nawazuddin Siddiqui and Pakistani actress Mahira Khan. Farhan last directed SRK in 2011's Don 2.

On Akshay Kumar's Birthday, A Look At His 10 Best Performances