Farhan Akhtar And Shibani Dandekar Are Getting Married In February, Confirms Javed Akhtar

"Taking the situation into consideration it is obvious that we cannot host anything on a large scale," said Javed Akhtar 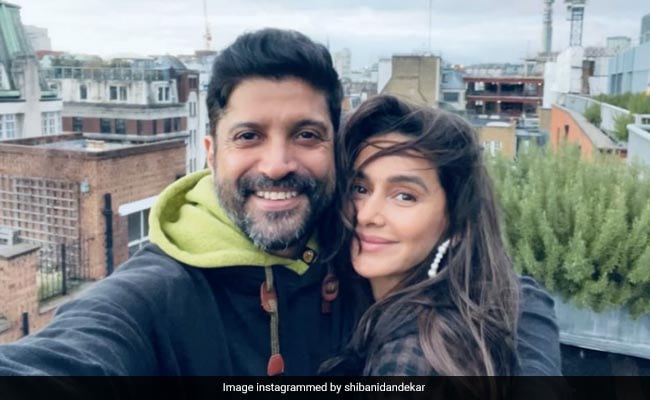 Turns out, Farhan Akhtar and Shibani Dandekar's wedding rumours were true after all. In a recent interview with Bombay Times, Farhan's father and veteran lyricist Javed Akhtar confirmed that the wedding is taking place on February 21. He told Bombay Times, "Yes, the wedding is taking place. Rest, shaadi ki jo taiyyariyan hain that is being taken care of by the wedding planners." Keeping in mind the safety norms, the wedding will be a low-key affair said Javed Akhtar. He told Bombay Times, "Taking the situation into consideration it is obvious that we cannot host anything on a large scale. So, we are only calling a few people. It will be a very simple affair. Khair abhi tak toh invitations bhi nahi bheje gaye hain."

Speaking of his to-be daughter-in-law Shibani Dandekar, Javed Akhtar said, "She is a very nice girl. All of us like her very much. The most important thing is that Farhan and she get along very well, which is great."

Last month, a Pinkvilla report stated that Farhan Akhtar and Shibani Dandekar will get married. "On February 21, their relationship will take a new turn, as they will take the formal vows to be partners for life," a source close to the couple told Pinkvilla.

Shibani Dandekar and Farhan Akhtar started dating in 2018. The actor was previously married to celebrity hairstylist Adhuna Bhabani, with whom he has two daughters - Shakya and Akira. Farhan Akhtar's last project was Toofan, which was directed by Rakeysh Omprakash Mehra. The actor will also direct a film called Jee Le Zaraa, starring Priyanka Chopra, Alia Bhatt and Katrina Kaif.