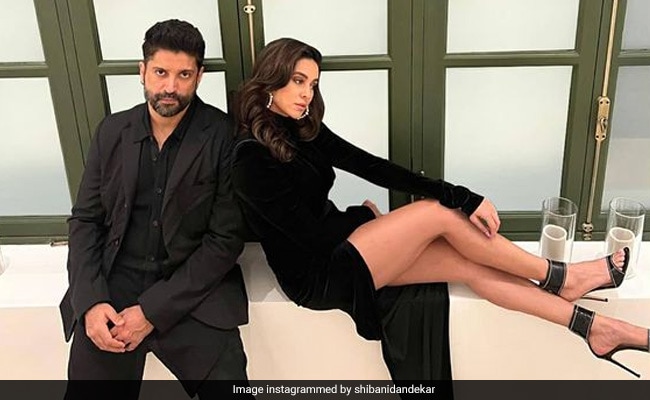 Farhan Akhtar turned 48 on Sunday and on his special day, he received a wish from girlfriend Shibani Dandekar. On her Instagram profile, the actress shared a set of picture-perfect moments with the birthday boy. The couple can be seen twinning in black outfits in the stylish pictures. Shibani Dandekar simply wrote: "My Foo, to what will be your best year yet. Love you forever. Happy birthday Farhan Akhtar." She added the hashtags #happybirthday, #love and #goodvibesonly to her post. Farhan Akhtar and Shibani Dandekar have been trending big time courtesy reports that state that they will get married in March. However, the actors have not confirmed any reports pertaining to marriage as of now.