"The biggest learning in this process was just the idea of balance and just respecting each other's routine," Shibani Dandekar said in an interview 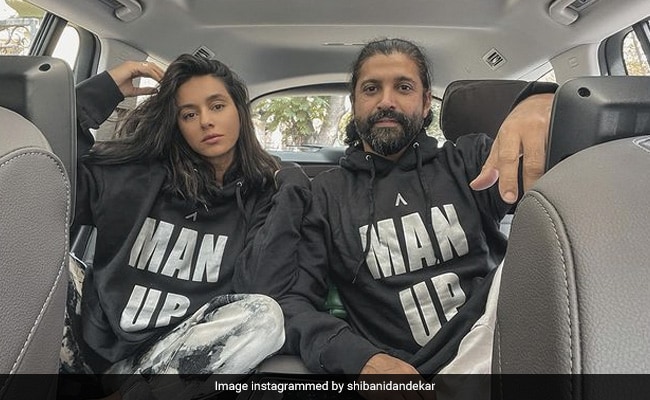 Actress Shibani Dandekar opened up about living with boyfriend Farhan Akhtar during the pandemic. Speaking to Hindustan Times, Shibani Dandekar said she spends "a lot of time" doing things together with Farhan Akhtar, adding: "And then when you need your space, do things on your own. That's so important." The Shaandaar actress shared her biggest takeaway from sharing a space with Farhan during the lockdown: "The biggest learning in this process was just the idea of balance and just respecting each other's routine and what both people need." Shibani Dandekar and Farhan Akhtar celebrated three years of togetherness this year.

Shibani also added that striking a balance between their routines was not without its fair share of "struggles": "Every relationship has its struggles. In the lockdown, they're amplified. And just to figure out what your way of functioning is really important. It takes some time because it's not something we're used to or prepared for. So, life is happening, you're also figuring out a system that works for you," she said.

Earlier this month, Shibani Dandekar was asked about taking her relationship with Farhan to the "next level" in an interview with Bollywood Bubble, when she said while she understands there's a lot of interest in their love life, she doesn't have an answer to this question yet: "Everyone is asking me the same question. I would say the topic has not come up yet. I will figure this out and then I will tell people."

Milind Soman Is Ankita Konwar's Loudest Cheerleader, Especially When She's Working Out With A Mugdar