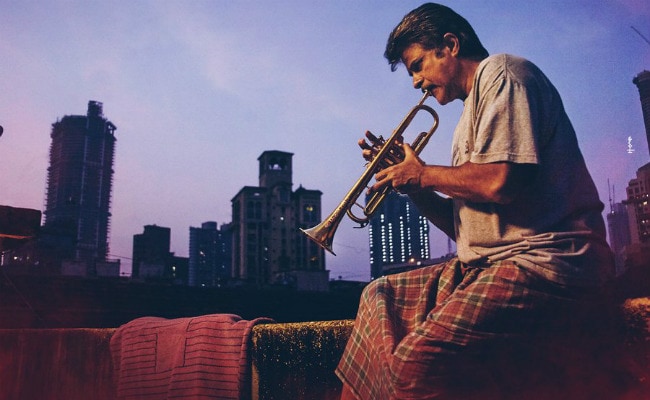 New Delhi: Anil Kapoor, who is all set to be referred to as Fanney Khan very soon, shared his first look from the movie on Tuesday along with a reminder that the teaser of Fanney Khan arrives today. Anil Kapoor is reported to have been cast as a father, who wishes to fulfil the dreams of his daughter, who is an aspiring musician - a glimpse of which has been revealed in the new poster. Fanney Khan can be seen playing a trumpet (which also made an appearance in the first poster) underneath the star-studded sky. "When your dreams don't let you sleep. Fanney Khan Teaser out today," is how Anil Kapoor tweeted the new poster.

When your dreams don't let you sleep...#FanneyKhan Teaser out today!#FanneyKhanTeaser#AishwaryaRai@RajkummarRao@divyadutta25@TSeries@fanneykhanfilm@ROMPPictures@AtulManjrekar#VirenderArora#NishantPittipic.twitter.com/SXQNsBhSxr

Promoted
Listen to the latest songs, only on JioSaavn.com
The first poster of Fanney Khan arrived last week and was such a teaser - Anil Kapoor had his back towards the viewers in the frame but the poster sort of revealed Fanney Khan will perhaps take part in a music reality show in the film as one corner of the poster features a logo which says: "Taal-N-Talent." This is what Anil Kapoor tweeted along with the poster "Yeh aise hi ek Fanney Khan ki kahani hai...meri kahani... Teaser out on June 26!"

A dream in his eyes and a tune in his heart... #FanneyKhan teaser out tomorrow! #AishwaryaRai@RajkummarRao@divyadutta25@TSeries@fanneykhanfilm@ROMPPictures@AtulManjrekarpic.twitter.com/pPEmtEwWWu

Directed by Atul Manjrekar, Fanney Khan is reportedly the remake of Dutch film Everybody's Famous and addressed issues like body-shaming as part of the story. Fanney Khan is also said to highlight the shades of a father-daughter relationship. Produced by Rakeysh Ompraksh Mehra, Fanney Khan is all set to hit screens on August 3.
Comments
anil kapoorfanney khan