Fan is Not Similar to Darr, Baazigar. Shah Rukh Khan Tells You Why 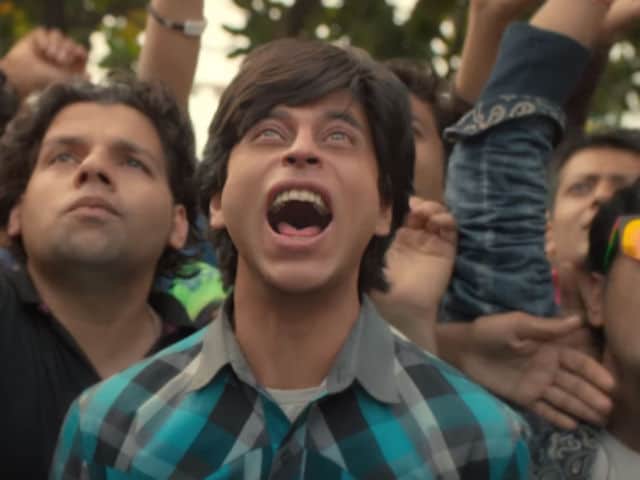 Mumbai: Actor Shah Rukh Khan said that one of the two characters in Maneesh Sharma's film Fan are not similar to his films Darr and Baazigar.

"People keep telling me that I do the same roles for the past 25 years. Even the critics say that. But I have tried that and this is different. And Maneesh was very clear about the way this character is played, and I would not take any credit for having done it any differently when people find it different," said Shah Rukh, at the trailer launch of the film.

"But it is a lot different. The genre maybe the same, of an anti-hero or bad guy, to put it in general compartments. But as a film and as a character, it's very different from K K Kiran or Harkar jeetne walo ko baazigar kehte hai," he added.

Shah Rukh also clarified that his character is "not psychotic" and that he's "not a psychopath."

"It's the story of a very innocent boy, who does not get how he feels life would be, when he meets his biggest star. It's about innocence. It's about when you're young, you have stars in your eyes, and you feel that everything or the person that you love, will love you that much in return. But when sometimes things don't happen the way you think, you get a bit disturbed," he said. (Also Read: Fan Trailer: This Time, Shah Rukh Khan Will Chase His Fan)

Considering Shah Rukh's 'King of romance' tag, it is surprising that no actress was seen in the trailer. On this, he quipped: "As a matter of fact, it is not that I didn't get anyone so I'm running behind myself. It's safer when you love yourself. The fear of rejection is lesser."