"Everything Is OK Between Us": Faisal Khan On Brother Aamir, Comeback And More

"I am not a director who doesn't know what he has made," said Faisal Khan 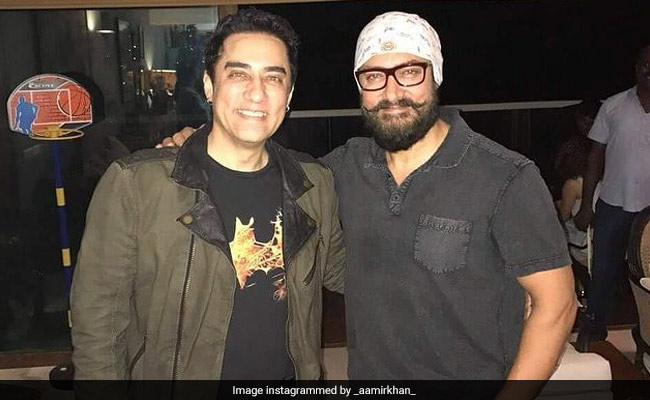 A throwback of Faisal Khan with Aamir. (courtesy _aamirkhan_)

Aamir Khan's brother Faisal Khan, who is all set to make his comeback as an actor and his debut as a filmmaker, began trending courtesy a recent interview he did with ETimes, where he talked about his equation with his superstar brother and more. Speaking of his forthcoming project Faactory, Faisal Khan told ETimes, "The movie was being directed by Shariq Minhaz. I have done many small films in my career, especially after Mela and Madhosh flopped. I was working hard but they were either not made in the right way, or were not released in the right way. All my efforts became zero on these films and here Shariq was not able to give time to the project, so I said to myself, 'I hope this project does not go that way, too'. I am growing old, so, I put my foot down and told the producers about what I felt. They said why don't you direct it?"

Faisal Khan, who featured in films like Mela and Madhosh in the Nineties, worked with Aamir Khan Productions for three years. Sharing his experience, he said, "You know filmmaking is not just about scripts and script doctors. Working at Aamir Khan Productions or doing theatre with Makarand Deshpande doesn't work for a filmmaker. You have to know your craft and I built that base at the beginning of my career as an assistant director. I have been around film sets right from my childhood so the foundation was always there. It was just about taking that first step."

Addressing his current equation with Aamir Khan, Faisal said, "Everything is okay between us. As an individual I take my own decisions. I am not a director who doesn't know what he has made. I have given my best and my producers have helped me with it."

Faisal Khan began his career as a child artiste in 1969 film Pyar Ka Mausam, where he played the younger version of Shashi Kapoor. Later, he did a small role Qayamat Se Qayamat Tak, which starred Aamir Khan in the lead role. He also appeared in Aamir's Jo Jeeta Wohi Sikandar but his role was not credited. Both films were produced by his uncle Nassir Hussain and directed by his cousin Mansoor Khan. In 2017, Faisal featured in headlines after it was announced he's returning to films with Mental but the film never got released.