The duo announced their divorce in a joint statement in July 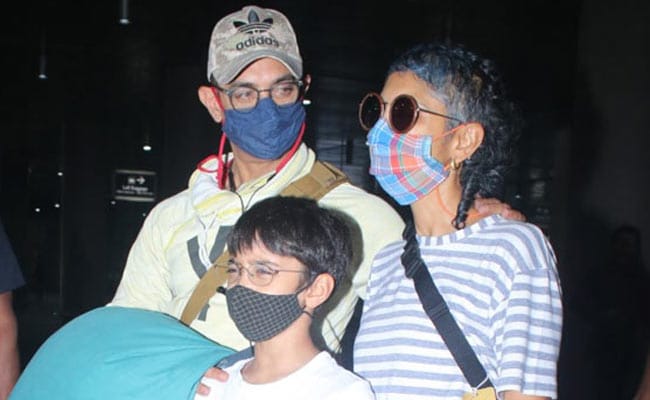 Aamir, Kiran and Azad at the Mumbai airport.

Actor Aamir Khan and producer Kiran Rao, who were in Jammu and Kashmir after wrapping the Ladakh schedule of their forthcoming film Laal Singh Chaddha, returned to Mumbai on Tuesday. The duo, who announced their divorce in a joint statement last month, were photographed at the Mumbai airport with their son Azad, who is 9 years old. Aamir Khan was sporting a yellow sweatshirt and black trousers while Kiran Rao looked cool in a striped tee and blue jeans. Azad looked adorable in a white t-shirt and olive pants. Aamir Khan and Kiran Rao were together for 15 years before they announced their separation in the first week of July (but more on that later). 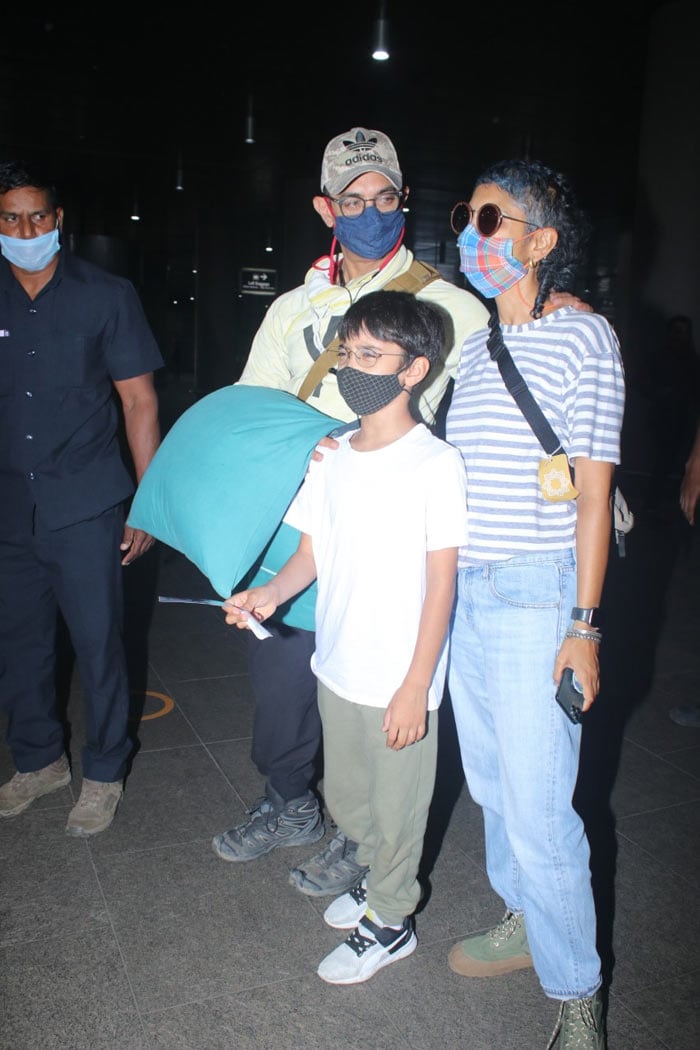 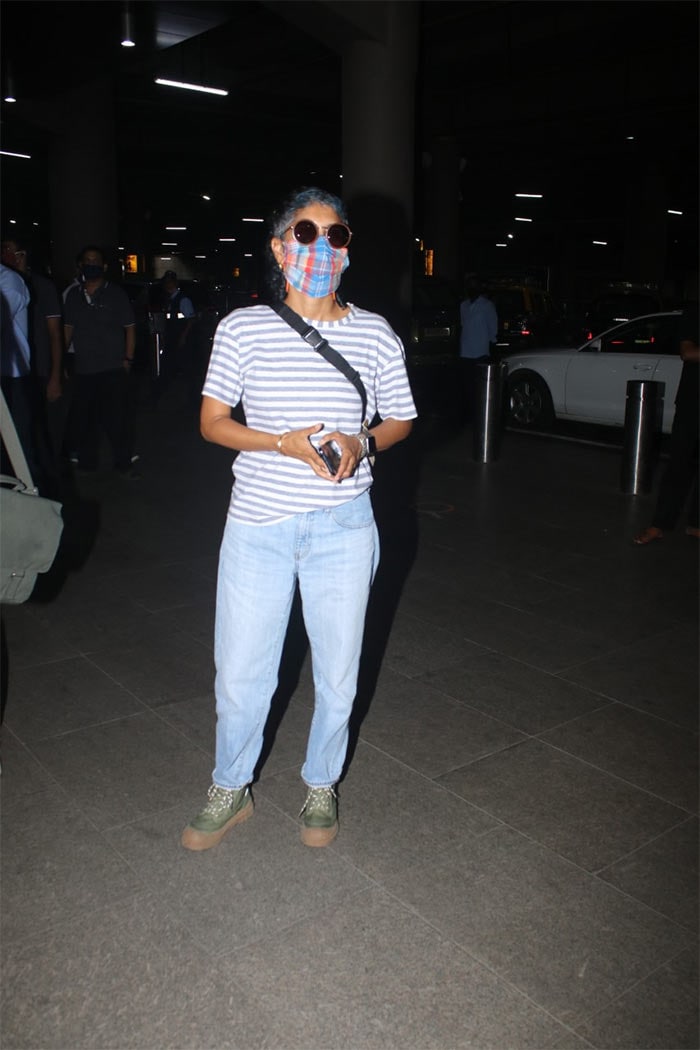 Kiran Rao posed for the paparazzi.

On July 3, Aamir Khan and Kiran Rao, who first met on the sets of his 2001 film Lagaan, where she was an assistant director, shared that they have decided to part ways. They issued a joint statement, an excerpt of which read: "In these 15 beautiful years together we have shared a lifetime of experiences, joy and laughter, and our relationship has only grown in trust, respect and love. Now we would like to begin a new chapter in our lives - no longer as husband and wife, but as co-parents and family for each other. We began a planned separation some time ago, and now feel comfortable to formalise this arrangement, of living separately yet sharing our lives the way an extended family does. We remain devoted parents to our son Azad, who we will nurture and raise together. We will also continue to work as collaborators on films, Paani Foundation, and other projects that we feel passionate about."

"We request our well wishers for good wishes and blessings, and hope that - like us - you will see this divorce not as an end, but as the start of a new journey," read another excerpt from their statement.

For those who don't know, Aamir Khan and Kiran Rao set up NGO Paani Foundation to fight drought in Maharashtra in 2016.

A day after announcing their separation, Aamir Khan and Kiran Rao featured together in a video for Paani Foundation and they spoke about their relationship while holding hands. "Aap logon ko dukh bhi hua hoga, acha nahi laga hoga, shock laga hoga. Hum bas itna kehna chahte hai ki hum dono bahut khush hai and ab ek hi parivaar hai. Humare rishte mai change ayah hai, par hum ek dusre ke sath hi hain (You must have heard about us. You would've felt sad, must've been shocked. But we just want to tell you that we are very happy and we are one family. Our relationship has changed but we are still together)," he said in the clip and added: "Hum log hamesha family rhenge (We will always be family)."

Aamir Khan married Kiran Rao in 2005 and they became parents to son Azad in 2011. Aamir Khan was previously married to Reena Dutta, with whom he has a daughter named Ira Khan and a son named Junaid. Junaid will soon make his Bollywood debut.