Everybody I Know Is A Newborn Care Specialist: New Dad Nick Jonas Jokes About Parenting Advice He Gets 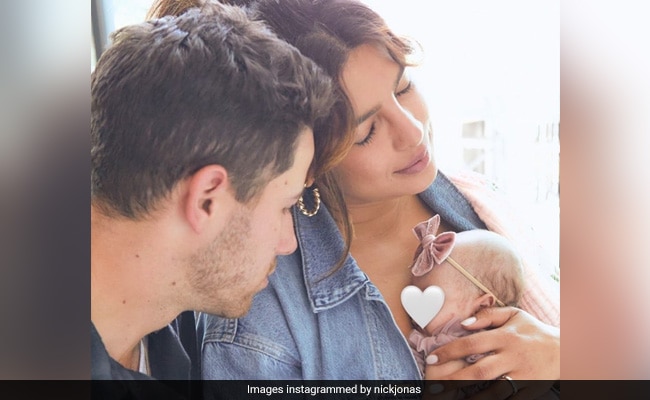 Nick Jonas, who is now a dad, talked about his daughter Malti Marie Chopra Jonas during his recent appearance on The Tonight Show Starring Jimmy Fallon. When the show's host congratulated the singer-actor on becoming a dad, he said, "Yeah, it's pretty wild. Our little girl's home. She's just amazing. What a gift." He jokingly added, "Turns out everybody I know is a newborn care specialist, all these PhDs I didn't know they had." He also talked about a surprise he had in store for wife Priyanka Chopra. He said, "It was her first one (Mother's Day), so did a little thing at the house. I got her a citrus tree that I'm going to plant this week."

There was also a little chat about Nick Jonas' love for Bollywood. No surprises there as he is married to one of the biggest Bollywood stars. "My wife Priyanka, she is Indian. We dance to a lot of Bollywood music coz I find it is the easiest to dance to. I could just do this move all the time, whether I am sitting or standing and it works," he said.

On the occasion of Mother's Day, the star couple shared an extensive post, announcing that they brought their "little girl" home after spending "100 plus days" in the NICU (neonatal intensive care unit). Read their post here:

Announcing the arrival of their baby, the star couple shared a statement in January this year, which read: "We are overjoyed to confirm that we have welcomed a baby via surrogate. We respectfully ask for privacy during this special time as we focus on our family. Thank you so much."

How Tom Cruise, Pushing 60, Survived The End Of The Star Era