Esha Gupta On Slut-Shaming: Why Should Women Be When Men Aren't? 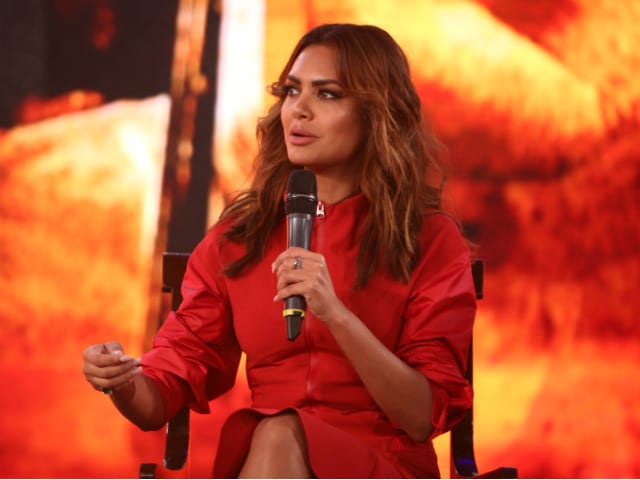 Esha Gupta at the NDTV India Youth For Change Conclave

Actress Esha Gupta, who was recently slut-shamed for posting provocative pictures on Instagram, addressed the issue at the NDTV India Youth For Change Conclave on Monday. Esha, who had previously dismissed haters telling Miss Kyra: "It's my body", highlighted that she can't be shamed for celebrating her body. Speaking at the conclave, Esha said she wasn't affected by the nature of the comments but was put off because slut-shaming is only restricted to women. "I was offended because in today's time, you know when we talk about equality so much, if men aren't slut shamed, then why should we be?" Esha said at the conclave. "In our country, women are eternally blamed," Esha had earlier told v.

Earlier this month, Esha Gupta topped the trends after sharing pictures of herself from a photoshoot and resurfaced in headlines after haters accused her of tainting the "culture of India." Esha dismissed the trolls like a boss, saying she cannot be shamed for her choice of wardrobe and what she chooses to share on social media. The 31-year-old actress, who will next be seen in Ajay Devgn's Baadshaho, also added that having featured in headlines for her comments on being trolled actually upped the number of followers on her Instagram by a million.

Earlier this month, the model-actress had told Miss Kyra: "And who are these people who have 'issues' with my pictures? It's my body and it's been shot aesthetically. There's a thin line, which if you cross, you look vulgar. No one can say my pictures are vulgar. I got more love than hate, but it's better to be hated than to be forgotten."

Promoted
Listen to the latest songs, only on JioSaavn.com
Watch what Esha Gupta has to say here:

Esha Gupta was the latest celebrity to be trolled on social media after her colleagues like Priyanka Chopra, Soha Ali Khan, Deepika Padukone, Sunny Leone and Fatima Sana Shaikh became subjected to being shamed for their outfit choices.

Esha Gupta is currently busy with promotional duties of her upcoming movie Baadshaho, co-starring Ajay Devgn and Ileana D'Cruz, both of who were also part of the conclave. Directed by Milan Luthria, Baadshaho is scheduled to hit screens on September 1.