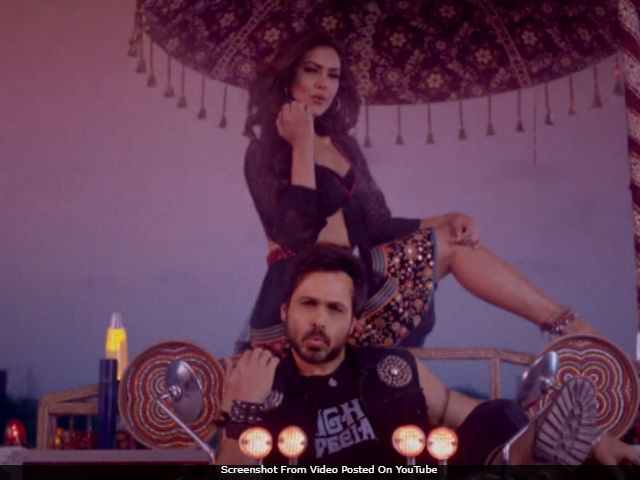 New Delhi: Baadshaho song Socha Hai is out.Socha Hai, the 'bina rap wala remix,' as the makers of the film describe it, is a recreated version of Kishore Kumar's hit number Keh Doon Tumhe from Deewar (filmed on Neetu Singh and Shashi Kapoor). In Socha Hai, Emraan Hashmi romances Esha Gupta. The duo are seen doing some cool steps and their moves are on point. Socha Hai is sung by Jubin Nautiyal and Neeti Mohan while Kishore Kumar and Asha Bhosle provided playback for Keh Doon Tumhe. Emraan and Esha's rapport is unmissable. They have earlier co-starred in Jannat 2, Raaz 3 and also collaborated for a song titled Main Rahoon Ya Na Rahoon.


Some weeks ago, another song Piya More, featuring Emraan with Sunny Leone was unveiled. The dance number instantly went viral and got 10 million views in just a day.

Got the Piya More groove yet?


Baadshaho is a heist drama, set against the backdrop of Emergency (1975). Apart from Emraan and Esha, the film also stars Ajay Devgn, Ileana D'Cruz and Vidyut Jammwal in pivotal roles. Baadshaho is directed by Milan Luthria. Of the film's theme, he earlier told news agency PTI, "This is a historical fiction film. We have used some facts, there is lot of stuff that was unusual and exciting. It (Emergency as subject) is a great backdrop for action and thrills. We have done extensive research on the subject."

Promoted
Listen to the latest songs, only on JioSaavn.com
Mere Rashke Qamar, picturised on Ajay Devgn and Ileana D'Cruz, was the first song that was released.