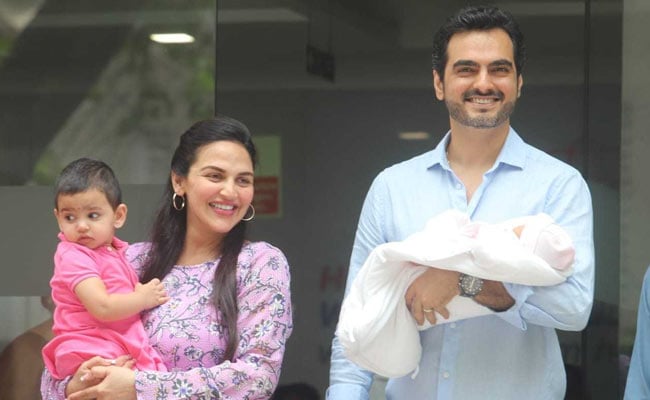 Esha Deol photographed with Bharat Takhtani and her daughters Miraya and Radhya.

Esha Deol and her husband Bharat Takhtani were photographed with their newborn baby Miraya as they made their way home on Thursday afternoon. The couple were photographed outside Mumbai's Hinduja hospital (where Esha was admitted) along with their baby girl Miraya and their 1-and-a-half-year-old daughter Radhya. Esha, dressed in a printed maxi dress, was spotted carrying Radhya in her arms, who looked cute as a button in a pink dress. Bharat Takhtani was seen wearing a light blue shirt and white pants, carrying baby Miraya in his arms. The couple were brimming with joy and they happily posed for the paparazzi. 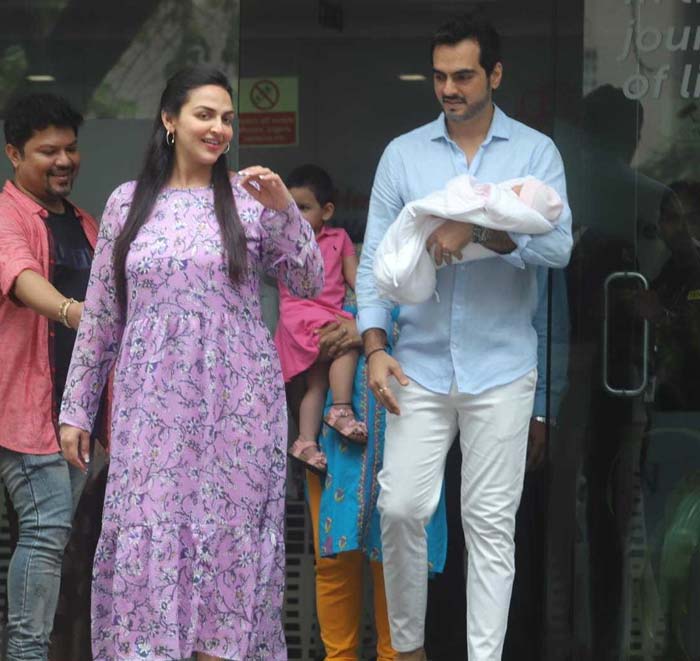 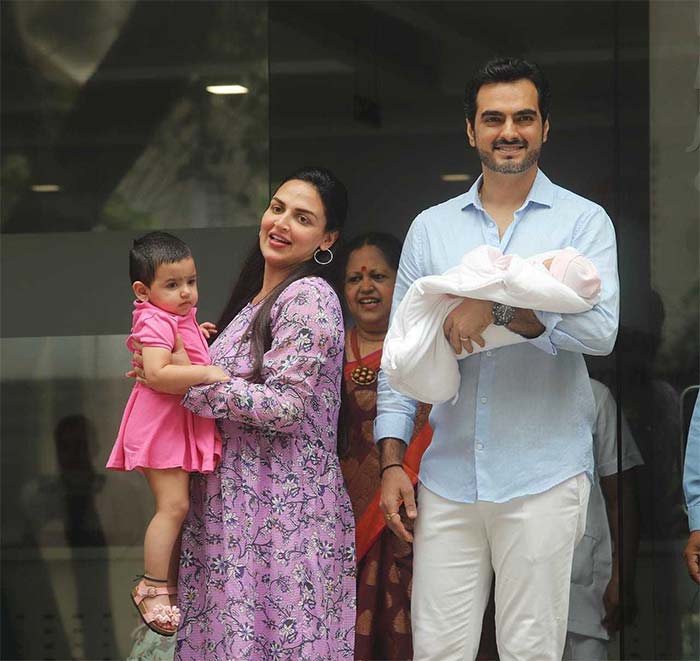 Esha was photographed carrying Radhya and Bharat was carrying Miraya. 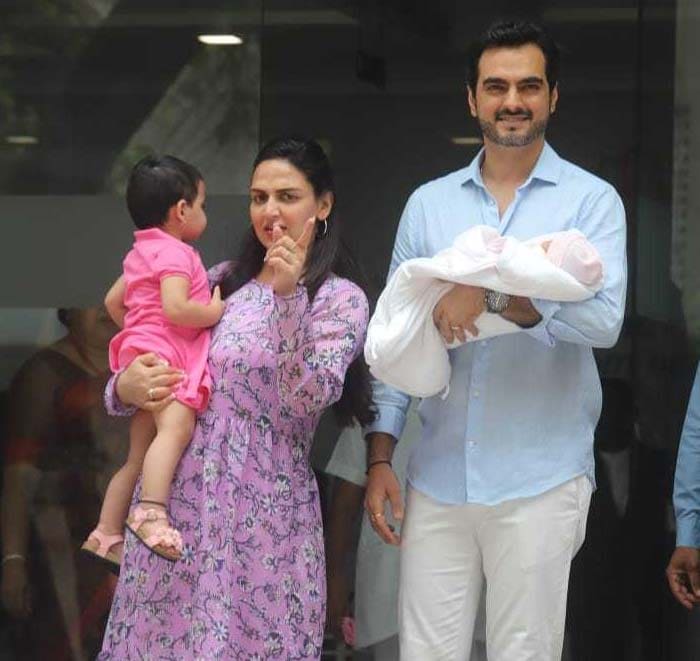 The family of four was spotted at the Hinduja hospital. 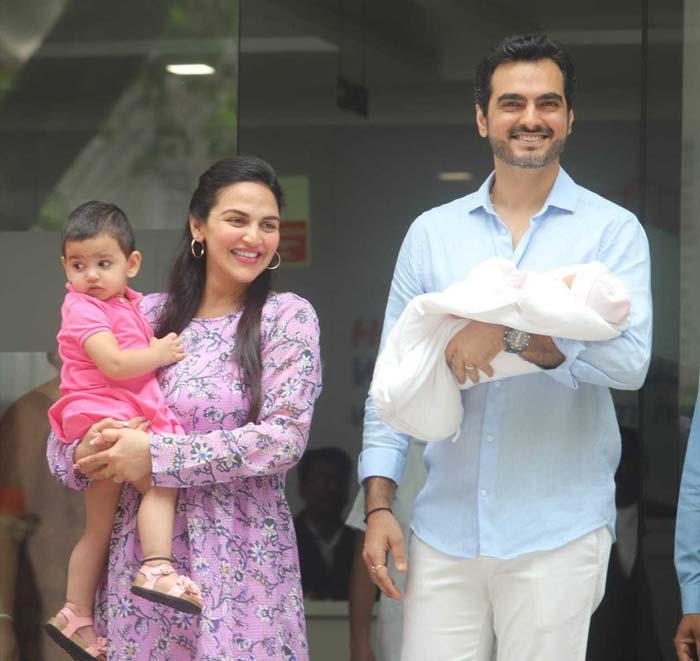 Esha Deol and Bharat Takhtani were all smiles.

Esha and Bharat were visited by Esha's parents and veteran actors Hema Malini and Dharmendra at the hospital earlier this week. Here are the pictures from their visit. 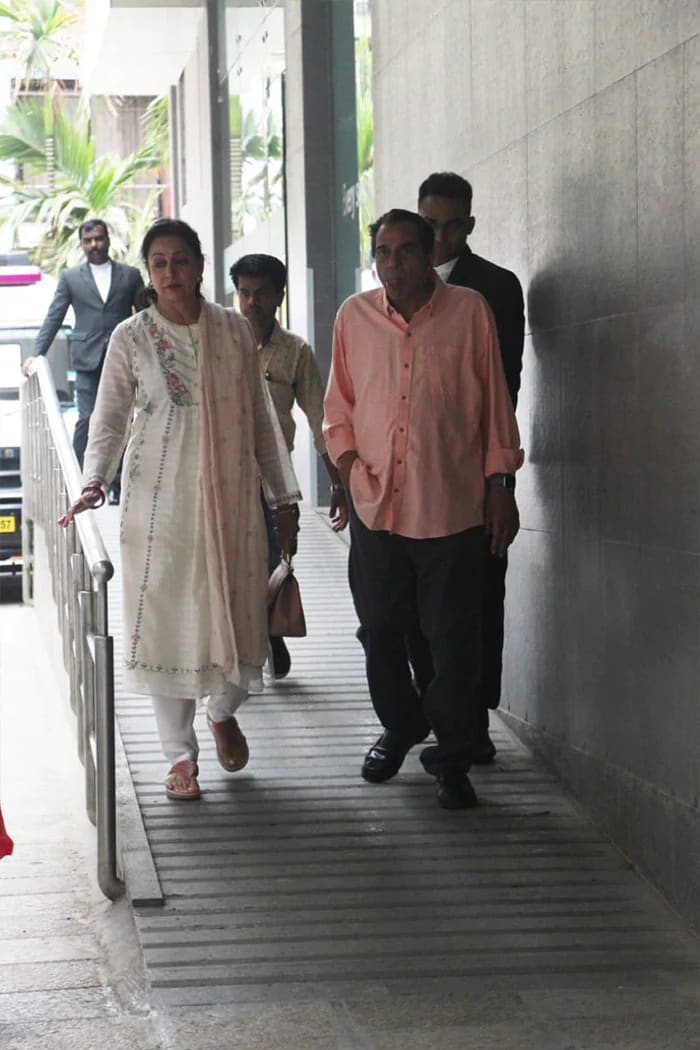 Hema Malini and Dharmendra were photographed at the hospital earlier this week. Hema Malini and Dharmendra arrived together at the hospital.

Esha Deol and Bharat Takhtani, a businessman, welcomed their second child on June 10. The couple announced the arrival of baby Miraya by sharing a post on social media, which read, "Welcome to our tribe, baby girl Miraya Takhtani."

Esha Deol made her Bollywood debut with the 2002 film Koi Mere Dil Se Poochhe. The actress has featured in films such as Dhoom, No Entry and Dus among others. The 37-year-old actress took a brief break from Bollywood after her marriage in 2012. However, she recently made a comeback in the short film Cakewalk.