"Enjoyed Every Moment I Spent With You": Aamir Khan Writes Tribute For Marathi Teacher Who Died

"Your curiosity and your desire to learn and share, is what made you the fantastic teacher that you have always been," wrote Aamir Khan 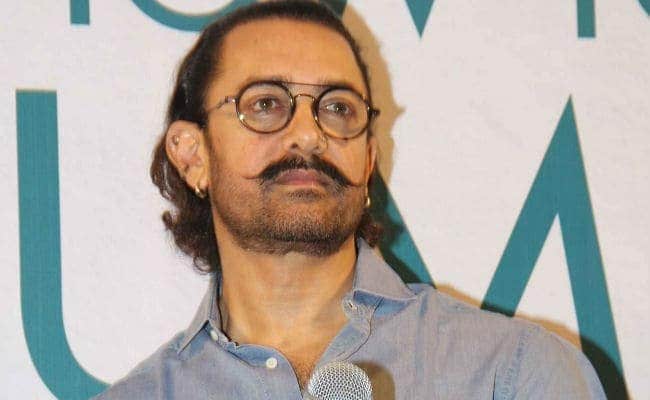 A file photograph of Aamir Khan.

An emotional Aamir Khan  shared a post for his late Marathi teacher Suhas Limaye, who died on Wednesday. The 55-year-old actor wrote in his note: "I am deeply saddened to hear that my Marathi Sir Mr Suhas Limaye passed away yesterday." He added, "Sir, you have been one of my best teachers. I have enjoyed every moment that I spent with you. Your curiosity and your desire to learn and share, is what made you the fantastic teacher that you have always been. The four years we spent together have been most memorable." Aamir Khan wrote that Suhas Limaye's teachings were not merely restricted to language. "Every moment that we spent together is etched in my memory. You taught me not just Marathi but about so many other things too. Thank you," wrote Aamir Khan.

Aamir Khan's forthcoming project is Laal Singh Chaddha, for which he is currently shooting in Turkey. It is a remake of the 1994 classic Forrest Gump, which featured Tom Hanks in the lead role. The film is being directed by Advait Chandan. Laal Singh Chaddha is collaboratively being produced by Aamir Khan Productions and Viacom 18 Motion Pictures. The film, which was slated to release on Christmas this year, is now scheduled to hit the screens on Christmas 2021.

In Laal Singh Chaddha, Aamir Khan will be seen sharing screen space with his 3 Idiots co-stars Kareena Kapoor and Mona Singh. During an interview with news agency PTI earlier, the Lagaan actor spoke about why he decided to make a remake of Forrest Gump and said, "I have always loved Forrest GumpThugs Of Hindostan.