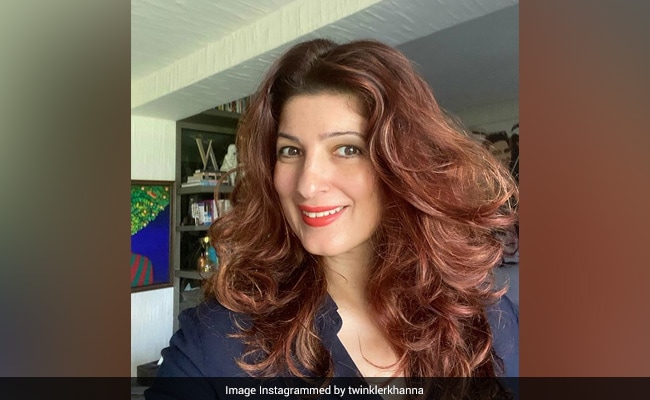 Actress-turned-author Twinkle Khanna is currently binge-watching Huma Qureshi's show Maharani. How we know this? Courtesy Twinkle's recent Instagram post. The 47-year-old author, on Saturday, shared a video of herself on Instagram sharing her review of the 10-episode-long political-drama Maharani. In the video, Twinkle Khanna can be seen talking about how she liked watching the show. "I have been watching this show called Maharani on SonyLIV and it has me gripped. Huma Qureshi plays this illiterate housewife who then goes on to becoming the CM and I thought it was interesting to see a woman not only hold her ground but who is able to dominate the social and political arena," Twinkle Khanna said in the video.

She went on to talk about some of the subtle details from the show like the constant slipping of Huma Qureshi's ghoonghat (veil), that added the touch of realism to the show. "I kept noticing how in the beginning even her ghoonghat (veil) completely covers her and as the show progresses it keeps slipping a little little behind till it's just about covering her bun," she said. "To me these little touches add a sort of realism as well as they show me a journey. It's an engaging story and Huma is just fabulous as the Maharani. For me this was completely a must watch," she added.

Political-drama Maharani began streaming on SonyLIV from Friday. The 10-episode-long series has been directed by Karan Sharma and is loosely based on the events that took place in Bihar after former CM Lalu Prasad Yadav's wife Rabri Devi, stepped into Bihar politics in the 1990s.

Here's the trailer of the show

The show has been receiving mixed reviews from film critics. In his review for NDTV, film critic Saibal Chatterjee gave the show 2.5 stars out of 5. Reviewing the show, he wrote: "Maharani projects politics, as Bollywood does oftentimes, as a chessboard on which the King calls the shots, and the pawns play by rules set by others."