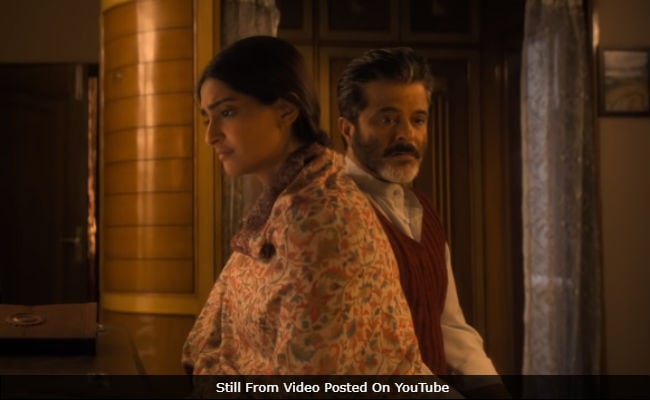 The trailer of Ek Ladki Ko Dekha Toh Aisa Laga, Sonam Kapoor and her father Anil Kapoor's first film together, hit the Internet on Thursday. It's not the usual love story that we see in films, but it's definitely charming and will leave an impact. The trailer begins with Sonam Kapoor (as a child) dreaming about a fairytale love story and how she'll fall in love with someone and marry him. As she grows old, her father Anil Kapoor and the family decide to find a suitable match for her and learn that Rajkummar Rao, who appears to be a close acquaintance of the family, loves her. Sonam's brother thinks his friend will be a suitable match for her while their grandmother seeks help from a matrimonial site. However, Sonam rejects all the three suitors and has a different plan for herself. Will her family accept it? "True love ke raaste mein, koi na koi siyaapa hota hi hota hai. Agar na ho, toh love story mein feel kaisi aayegi?" she says in the end of the trailer.

Apart from Sonam's love story, Juhi Chawla's brief appearance in the trailer also caught our attention. The film is set in Punjab and has been shot extensively in Patiala.