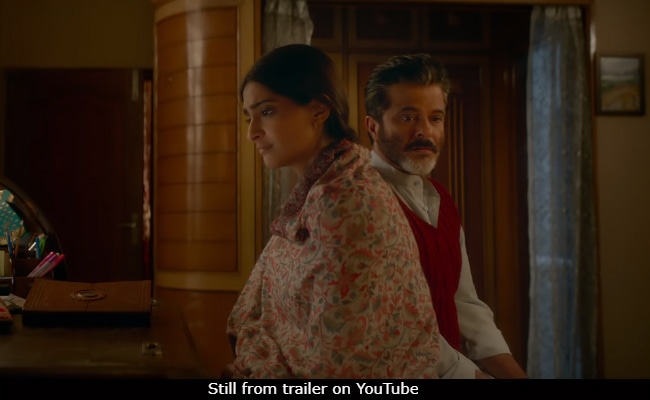 "True love ke raaste mein, koi na koi syaapa hota hi hota hai. Agar na ho... toh love story mein feel kaisi aayegi?" Sonam Kapoor states as the teaser of her new film Ek Ladki Ko Dekha Toh Aisa Laga begins. The one-minute long video begins with snippets from 1942: A Love Story, the Anil Kapoor film which redefined the meaning of romance in Bollywood. Soon, the teaser time travels to 2018 and proclaims the present day happenings to be "a syaapa love story." It's clear that Sonam Kapoor takes over from dad Anil in the new one - the father-daughter duo will recreate their real-life rapport on screen and it is absolutely magical to watch Anil share screen-space with Sonam.

Certain bits in the teaser will also throw you back to Sonam's big fat wedding festivities, for example in one sequence Anil can be dancing at what appears to be Sonam's onscreen wedding. Rajkummar Rao also makes multiple appearances in the trailer and so does Juhi Chawla.

Sweety Chaudhary: Quiet one | Punjabi | Syaapa
Watch her in the #ELKDTAL teaser, coming out in 1 hour. Stay tuned. @AnilKapoor@RajkummarRao@iam_juhi@FoxStarHindi@VVCFilms#RajkumarHiraniFilmspic.twitter.com/zjraENrs57

The teaser is also loaded with major Punjabi vibes with brilliant shots of yellow mustard fields, extravagant wedding festivities and gurudwara strewn locales. The movie has originally been shot in Patiala, to give it a true blue essence of the character. Ahead of the film going on floors in January, this is what director Shelly Chopra Dhar had told mid-day: We will be shooting at a family house in Patiala, which is a perfect setting for the film. I am shooting entirely at real locations as I want the film to develop as organically as possible. We can't wait to start rolling now."

How do you like the Ek Ladki Ko Dekha Toh Aisa Laga redux? If you're craving to hear the original, we have you covered here. You're welcome: