Eid Mubarak From Hina Khan. See Pics From Her Festivities

Photos from Hina Khan's Eid festivities are all things pretty 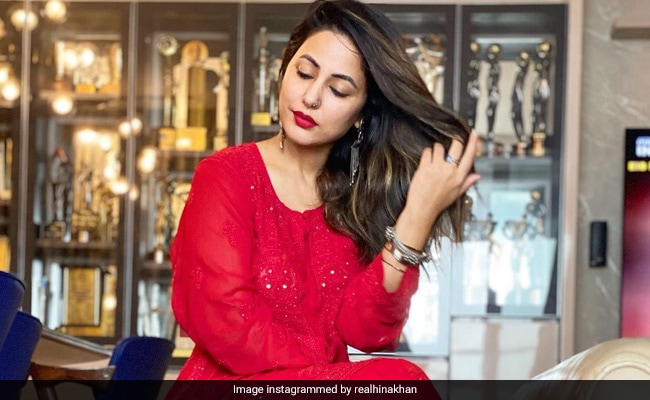 TV star Hina Khan shared a glimpse of her Eid festivities by posting a set of pictures on her Instagram profile on Wednesday morning. On the festive occasion, the actress shared a stunning set of pictures and she gave us a sneak peak of her Eid festivities at home and she wrote in her Instagram post: "Eid Mubaraq." TV actress Rashami Desai wished the actress and wrote in the comments section: "Eid Mubarak to you and your loved ones Hina." For the special day, Hina Khan picked an embroidered red outfit and she looked pretty as ever. She accessorised with statement earrings and a nose ring. Hina opted for subtle make-up. She finished her look with matching lip colour and kohl-rimmed eyes. The actress' Instagram post was flooded with Eid greetings from fans and well-wishers.

On Tuesday evening, the actress remembered her late father, who she lost earlier this year. Posting a few throwbacks, she wrote: "The first one to clap for me (wholeheartedly). Miss the sparkle in your eyes Dad... Three months today. 20th April 202. Daddy's strong girl. This is what you always called me. Not that strong to bear your loss Dad."

Before The Kapil Sharma Show Airs, The Cast Gets Vaccinated. See Pic