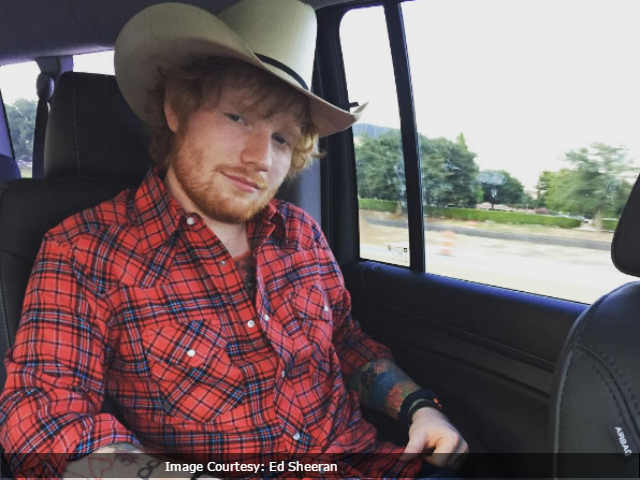 This photograph was posted on Instagram by Ed Sheeran

London: Singer Ed Sheeran is being sued over similarities between his song Thinking Out Loud and singer Marvin Gaye's Let's Get It On.

The British singer is being sued by the family of Ed Townsend, co-writer of Gaye's song. They have accused Sheeran of stealing the melody, harmony, and rhythm composition of Gaye's 1973 hit number, according to reports by tmz.com.

Townsend's family wasn't the only one to allege similarities between the songs. Recently, during their 25th anniversary show in New Jersey, boy-band Boyz II Men pointed out the apparent likeness between these tracks as they started a cover of Let's Get It On and transitioned into Sheeran's Thinking Out Loud.

In the recent past, Sheeran has dealt with similar accusations over his song Photograph in June. Songwriters Martin Harrington and Tom Leonard filed a lawsuit, alleging that Sheeran's song sounded too similar to one they wrote for a one-time winner of The X Factor that was released by British singer Matt Cardle in 2012.