"First day of the pujas ... Shoshti. Before we share it with everybody else," wrote Kajol 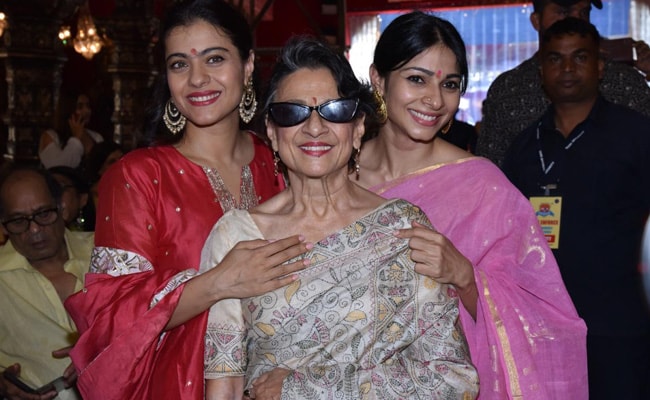 Durga Puja celebrations have begun and Kajol too got into a festive mood. The 45-year-old actress kick-started the festivities by visiting a pandal in Mumbai along with her mother Tanuja and her sister Tanishaa Mukerji. For the special day, Kajol picked a traditional red suit and she accessorised it with a pair of drop earrings and she looked absolutely stunning. Meanwhile, legendary actress and Kajol's mother Tanuja was grace personified in a printed saree. Just like her mother, Tanishaa Mukerji also decided to wear a saree for the special occasion - a soft pink one. The family of three happily posed for the shutterbugs together. 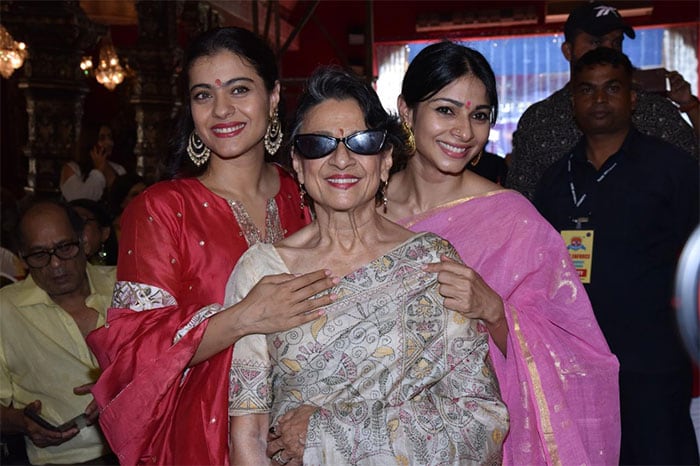 Kajol with Tanuja and Tanishaa. 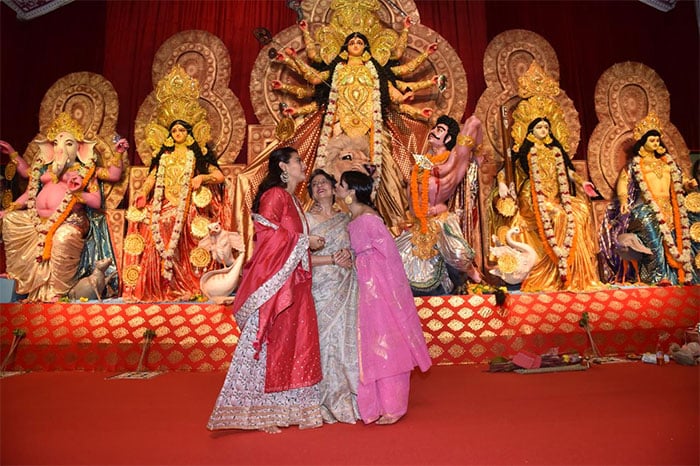 Kajol photographed with her family. Kajol photographed at the pandal. 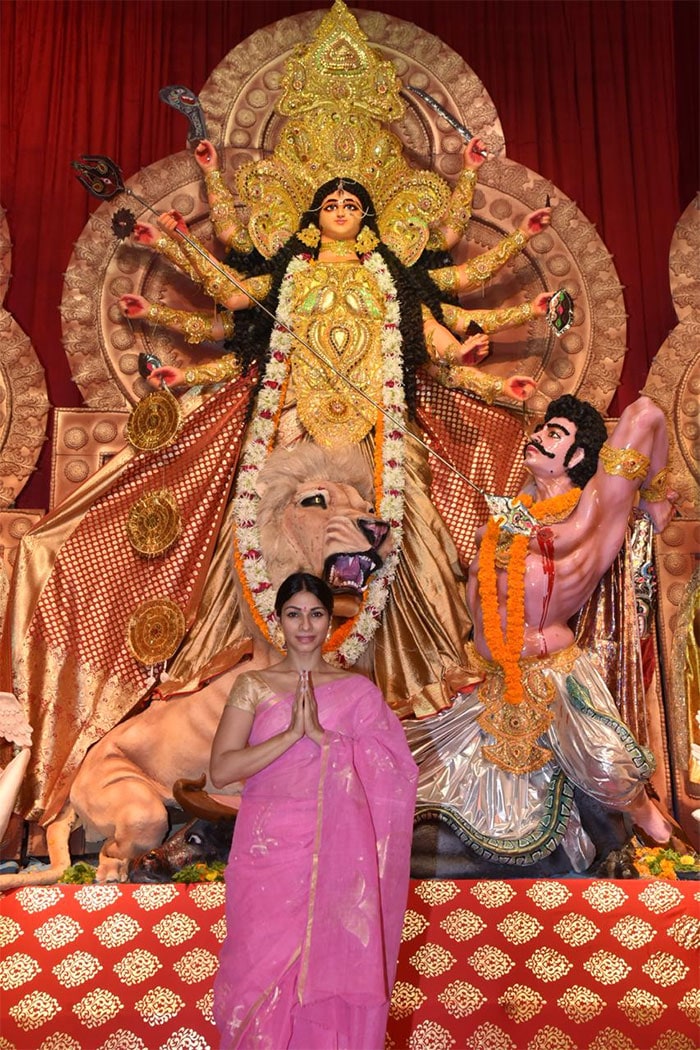 Tanishaa photographed at the pandal.

Meanwhile, Kajol gave her Instafam a closer look of the celebrations with her family. She shared a series of lovely pictures with Tanuja and Tanishaa. In one of the pictures, both Tanishaa and Kajol can be seen embracing their mother. The caption on Kajol's post read: "First day of the pujas ... Shoshti. Before we share it with everybody else."

First day of the pujas ... shoshti. Before we share it with everybody else ..

It wasn't just Kajol who shared a glimpse of her look. Her actress sister Tanishaa posted a selfie of herself and she captioned it: "All ready for shashti puja." Check out her post here:

All ready for shashti puja! #durgapuja2019

On the work front, Kajol was last seen in the 2018 film Helicopter Eela, co-starring Riddhi Sen and Neha Dhupia. She hasn't announced any upcoming project as of now. However, she will reportedly be seen in Tanhaji: The Unsung Warrior, which stars her husband Ajay Devgn.