The track does have a few missing puzzles of the story 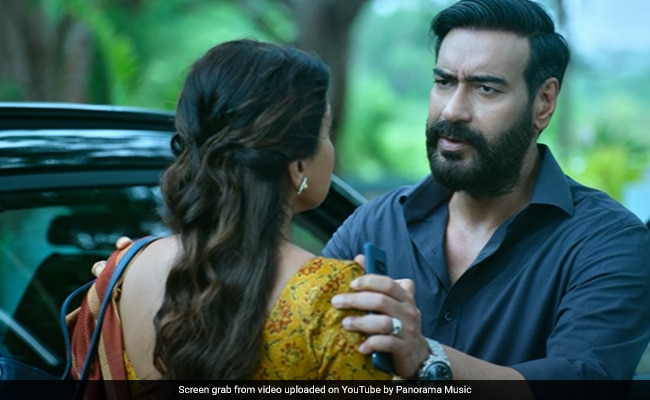 Ajay Devgn in a still from the song. (courtesy: YouTube)

So the title track of Drishyam 2 released on Wednesday and it is more than a song set to tunes. The track is full of dialogues and narration, which are the missing puzzles of the plot. The song begins with Ajay Devgn making a confession. "My name is Vijay Salgaonkar and this is my confession," he says. The video then shows Akshaye Khanna's character entering the picture. He inspects Vijay Salgaonkar's house. Meanwhile, Sam's father (Rajat Kapoor) also tries to get Vijay Salgaonkar to reveal where Sam's body is burred. Throughout the course of the video, we see flashbacks from the first installment of the film and Ajay Devgn emphasizing (multiple times) to focus on the pictures ("drishya") and not the words.

The original score composer is Rockstar DSP (Devi Sri Prasad). The narration is by Ajay Devgn. Usha Uthup and Vijay Prakash have sung the track and the lyrics are by Amitabh Bhattacharya.

Drishyam showcased the story of Ajay Devgn's character Vijay Salgaonkar, who tricked the police after his daughter accidentally kills the villainous son of a cop (played by Tabu). The film was a Hindi remake of the hit Malayalam hit that featured Mohanlal in lead role.

Drishyam 2 has been directed by Abhishek Pathak and produced by T-Series and Panorama Studios and it will release in theatres on November 18. Other than Akshaye Khanna, Ajay Devgn and Tabu, the film also stars Shriya Saran and Ishita Dutt in pivotal roles.