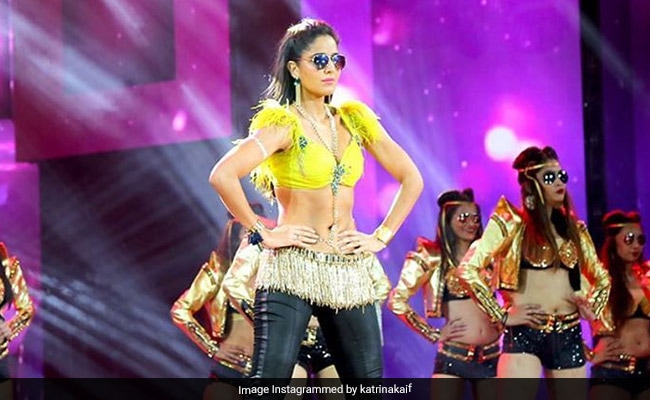 Arjun Kapoor, who has quite a bit of a reputation for trolling his celebrity friends on Instagram, did it once again. This time his target was (no points for guessing) Katrina Kaif. On Friday, the actress posted a picture of herself performing at the IIFA Awards. In the photograph, the Bharat actress could be seen wearing a pair of sunglasses. Now, Arjun chanced upon the opportunity and trolled Katrina Kaif for wearing "kaala chashma" during night. Arjun left a comment on Katrina's post that read, "Wear it during the day not at night... Don't want you tripping, girl!"

Sharing the post on her Instagram profile, Katrina Kaif wrote: "IIFA is coming home. Celebrating 20 years of IIFA in Mumbai this year. Performing on the IIFA stage always has most incredible energy. Can't wait. Donning the kala chashma at IIFA Awards, New York. My IIFA moment."

This is not the first time that Arjun Kapoor has trolled the actress on Instagram. Earlier this year, Katrina Kaif shared a picture from her Mexico vacation, on which the India's Most Wanted actor commented: "Watch where you going girl! Hope you didn't walk into the pillar while posing."

Arjun Kapoor and Katrina Kaif have not co-starred in any film together. However, the duo share a great rapport. Arjun Kapoor along with Varun Dhawan, is even a part of the 'I Love Katrina Kaif Club.' This is what we are talking about:

So @varundvn & I are starting a new fan club #WeLoveKK aka @katrinakaif !!! Here we are seen awarding her, for absolutely no reason whatsoever... PS - the Dalmatian trophy Katrina's holding represents our faithful friendship kyunki yeh dosti #firstclass hai !!!