"Disheartening That People Still Troll Me Over One Honest Mistake": Sonakshi Sinha On Ramayan Oopsie 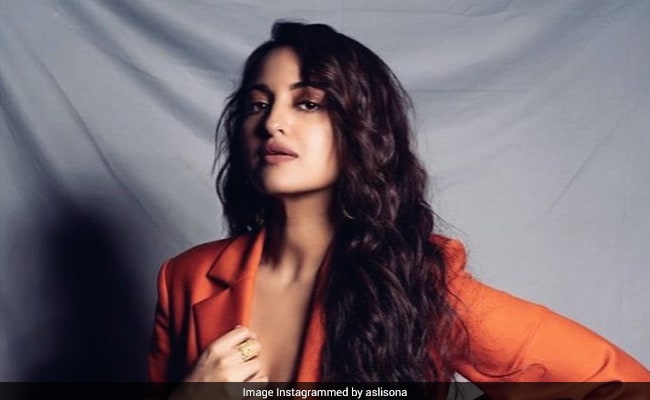 Sonakshi Sinha, who frequently finds herself on the receiving end of trolls for largely similar reasons, in a recent online interaction with Art of Living founder Sri Sri Ravi Shankar, said that it is "disheartening" that people still troll her over an "honest mistake," reported Hindustan Times. Last year, during an episode of the quiz show Kaun Banega Crorepati, the actress failed to answer a question pertaining to Ramayan, following which she became the target of trolls on several occasions. Reacting to that, Sonakshi said, "I participated with a contestant named Ruma Devi. A question was asked to us on Sanjeevani Booti, and for a moment, both Ruma and I went blank. Honestly, it was a bit embarrassing, since we have grown up reading and watching Ramayana. But it was really long ago, and we all tend to have moments when we go blank. Since then, it has been five to six months, and it's disheartening that people still troll me over one honest mistake."

The question that was asked to Sonakshi on the TV show, was: "According to Ramayana, Hanuman fetched the Sanjeevani for whom?" Sonakshi, who wasn't quite sure of the right answer, guessed Sita and Ram at first. However, she finally resorted to Ask The Expert helpline to get the right answer (which was Lakshman).

Earlier this year, Doordarshan, which was re-telecasting Ramanand Sagar's Ramayan, did a Twitter poll, where the question reminded Twitter users of Sonakshi's oopsie on KBC.

After being trolled for the KBC question last year, Sonakshi responded to her trolls and she wrote: "Dear jaage hue trolls. I don't even remember the Pythagoras theorem (sic), Merchant Of Venice, periodic table, chronology of the Mughal Dynasty. "