'I Love Memes': Sonakshi Sinha's Response To Those Who Trolled Her For Kaun Banega Crorepati Oopsie 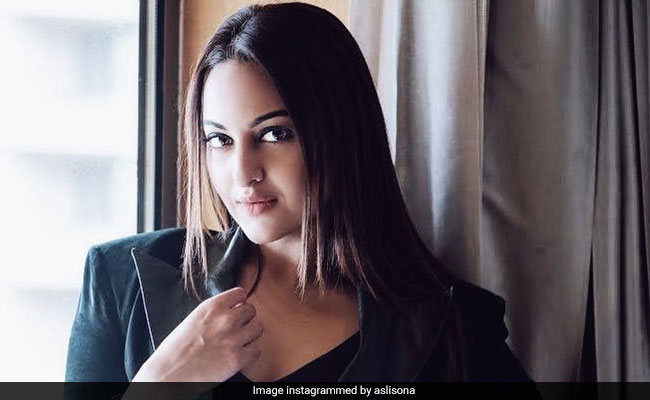 Here's a background of what happened - Sonakshi was the special guest on KBCKaramveer episode, where she extended her support to social activist Ruma Devi. The duo managed to win a whopping prize money of Rs. 12,50,000. However, what caught the Internet's attention the most was the fact that Sonakshi didn't know the answer to a Ramayana related question. The question asked during the show was, "According to Ramayana, Hanuman fetched the Sanjeevani herb for whom?" Sonakshi, who wasn't quite sure of the right answer, guessed Sita and Ram at first. However, she finally resorted to Ask The Expert helpline to get the right answer (which was Lakshman).

A section of the Internet wasn't very impressed with Sonakshi's lack of general knowledge and shared several memes on Twitter. The hashtag '#YoSonakshiSoDumb' has been trending incessantly on Twitter. Here are some memes:

after knowing #sonakshisinha was unable to answer 'Sanjivani Booti' question during #KBC2019
Laxmanji be like: pic.twitter.com/PLUmemNkgS

Just look at this #sonakshisinha said in the first place its sita and then she said Ram. And Lakshmann ji be like
#YoSonakshiSoDumbpic.twitter.com/auqahkAVYC

Several Twitter users reminded the actress that her house's name is Ramayana, her father Shatrughan and his siblings are named after Ram and his brothers and that Sonakshi's brothers are named Luv and Kush.

#sonakshisinha Her brothers Name is "LUV and KUSH", Her Father name is "Shatrughan",Her house name is "Ramayan",and she still don't know about the Holy Ramayan..
Dumbest Ever Actress..#sonakshisinha#YoSonakshiSoDumbpic.twitter.com/zdBz7WbWAm

Many compared Sonakshi's KBC moment to Alia Bhatt's Koffee With Karan oopsie. A few years ago, Alia appeared on Karan Johar's talk show Koffee With Karan 4, wherein she wrongly named politician Prithviraj Chavan as the President of India during the 'Koffee Quiz' segment of the show. Alia Bhatt ended up getting brutally trolled by the netizens for that.

Here are some more memes:

#YoSonakshiSoDumb trending on top and 'Alia Bhatt' on second.

On the work front, Sonakshi Sinha was last seen in Mission Mangal. Sonakshi's upcoming projects include Dabangg 3 and Bhuj: The Pride Of India.