Akshay and Sonakshi are busy promoting their film Mission Mangal, which will open in theatres on Independence Day 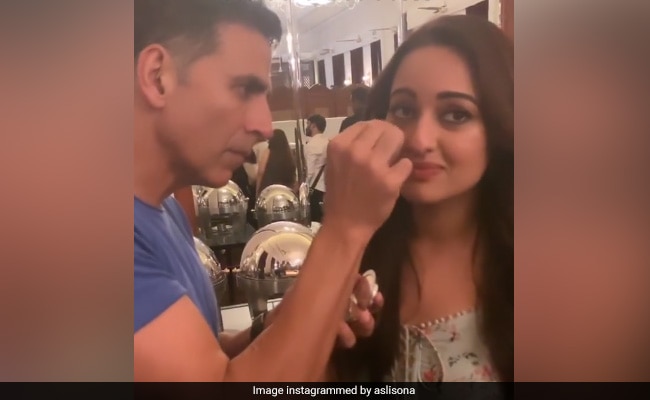 Ahead of his film Mission Mangal's release, Akshay Kumar chose to try his hand at another profession - a makeup artist, that too especially for his co-star Sonakshi Sinha. Akshay and Sonakshi are busy promoting their film Mission Mangal, which will open in theatres on Independence Day. Sharing a video on her Instagram story, Sonakshi Sinha pulled Akshay Kumar's leg and called him her "low budget makeup artist." In the video, Akshay Kumar can be seen applying makeup on Sonakshi Sinha's face. Going by the clip, it appears that Akshay Kumar will need several classes to hone his skills. Akshay Kumar and team Mission Mangal, which also includes Vidya Balan, Taapsee Pannu, Nithya Menon, Kirti Kulhari and Sharman Joshi, often share glimpses of their fun moments during the promotional events. Recently, they trended for their viral antakshari video but more on that later. 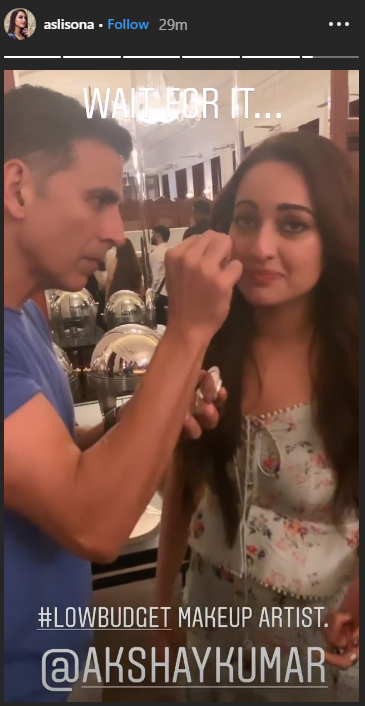 Mission Mangal is based on Indian Space Research Organization (ISRO) scientists, who made the Mars Orbiter Mission (MOM) possible in the year 2013. It is directed by Jagan Shakti and produced by Fox Star Studios andwill release on August 15.