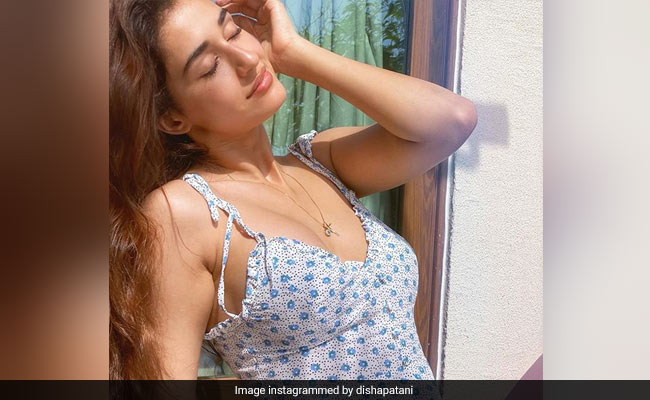 Actress Disha Patani, who was last seen in Mohit Suri's film Malang, stole the show on the Internet on Tuesday by sharing a stunning picture of herself. The actress, whose feed is filled with sun-kissed pictures of herself, added one more to her album and the latest entry shows her basking in the sun wearing a floral-print dress. She wrote nothing in the caption and just shared the photo with a flower emoji. Needless to say that Disha Patani's post is burning up Instagram and how! The actress' fans also flooded her post with comments such as "looking gorgeous" and "beautiful."

A couple of days ago, Disha Patani shared this photograph of herself, which instantly grabbed the attention of her fans on social media.

The actress loves to take selfies. Remember the one that she shared earlier this month?

Here's another one of Disha Patani's stunning selfies:

In terms of work, Disha Patani started her career in acting with the 2015 Telugu film Loafer, in which she co-starred with Varun Tej. She made her debut in Bollywood with Neeraj Pandey's 2016 sports biopic M.S. Dhoni: The Untold Story. She shared screen space with late actor Sushant Singh Rajput in the film. Disha went on feature in films like Baaghi 2, Bharat and Malang. She has also appeared in 2017's Chinese film Kung Fu Yoga alongside Jackie Chan. Disha Patani will next be seen in Salman Khan's Radhe: Your Most Wanted Bhai.