Disha Patani's vacation pictures are burning up Instagram and how 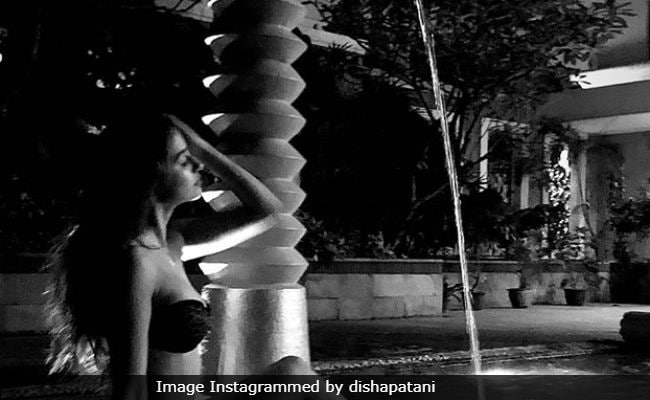 The Internet can't stop crushing on Disha Patani's latest Instagram entry and TBH, we are not surprised at all. On Thursday, the 27-year-old actress posted a stunning picture of herself, which looks straight out of a magazine photoshoot, but it happens to be from her "mini vacation" (Disha wrote in her Instagram stories). From striking black swimwear to printed separates, Disha Patani can do it all in a day. In one of the pictures, the Bharat actress can be seen posing next to a fountain and in another frame, she can be seen dressed in a fairly casual outfit. Disha did not reveal her vacation's destination on Instagram. Tiger Shroff, who is said to be dating Disha, did not comment on her post. However, the actor's sister Krishna Shroff and his mother Ayesha Shroff commented on her posts. Krishna Shroff commented "Damn" on the greyscale picture.

Take a look at this stunning picture shared by Disha Patani:

Here are some more pictures shared by Disha Patani from her "mini vacation." Tiger's mother Ayesha Shroff wrote: "Cutie" on this picture of Disha.

Disha Patani's last project was Ali Abbas Zafar's Bharat, co-starring Salman Khan and Katrina Kaif. The actress' forthcoming project is Mohit Suri's Malang, co-starring Anil Kapoor, Aditya Roy Kapur and Kunal Kemmu. She will also be seen in Prabhu Deva's Radhe: Your Most Wanted Bhai, which will be her second project with Salman Khan. The film went on floors last month and it also stars Jackie Shroff and Randeep Hooda.