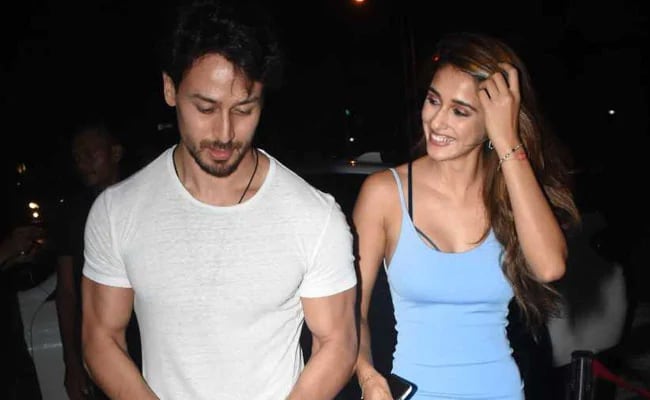 Tiger Shroff, who is a self-confessed super-fan of King of Pop (and dance) Michael Jackson, often pays tributes to his "hero" and Friday is one such day. Tiger Shroff, who dedicated the film Munna Michael to the legendary Michael Jackson, Instagrammed a video of him dancing to The Way You Make Me Feel, in which his steps are coordinated with Michael Jackson from one of his iconic stage performances. "MJ - Let me show you how it's done kid... just don't kick with the wrong leg," he captioned the video and added hashtags like "MJ for life" and "hero for life." While Tiger Shroff's Instafam went crazy over Tiger Shroff's performance to The Way You Make Me Feel, there arrived a comment from his rumoured girlfriend Disha Patani, who dropped the fire emojis and the heart-eyed emoji.

Mj - Let me show you how its done kid.. just dont kick with the wrong leg. #mjforever #heroforlife 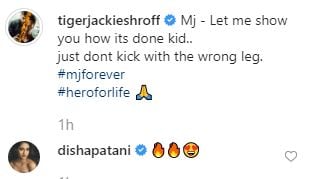 On Michael Jackson's 10th death anniversary, Tiger Shroff Instagrammed a video of him moonwalking to not an MJ hit but the song Khalibali from Ranveer Singh's 'Padmaavat'. "I'm sure even Khilji would have offered you his throne" wrote Tiger and added a Michael Jackson song name in the hashtags - #GoneTooSoon.

Meanwhile, Tiger Shroff is also a bona-fide fan of actor Hrithik Roshan - Bollywood's King Of Dance, with whom he featured in the film War. Only recently, Tiger recreated a video of War song Ghungroo, originally featuring Hrithik Roshan. "This one's for my hero and his heroine," he wrote for Hrithik and Vaani Kapoor.

Last seen in War, Tiger Shroff will next be seen in Baaghi 3.