Disha Patani Is The "Epitome Of Beauty" In This Throwback Pic, Say Fans

"What a great shot," commented a user. We agree 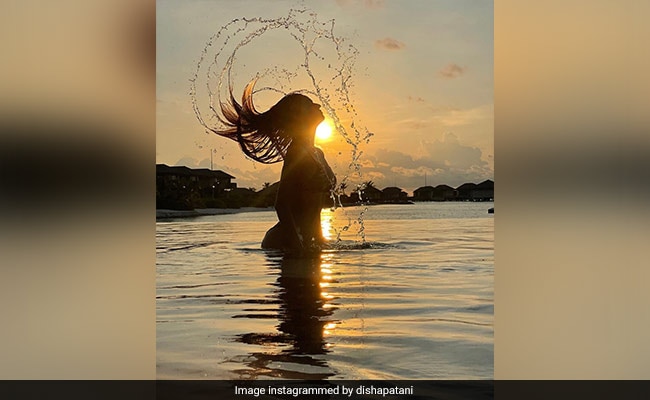 Disha Patani, on Thursday, updated her Instagram profile with a throwback picture of herself and sent her Instafam into a tizzy. Her fans called her "the epitome of beauty" in their comments on her post. In the photo, Disha, 28, makes sunset look more stunning with her hair flip. Going by the background in the photo, it appears that the image is from Disha Patani's Maldives vacation. Sharing her latest entry, Disha Patani wrote: "Throwback" with a sun icon. Her sister Khusboo commented "So nice" while a fan wrote: "What a great shot." Another user dropped this comment: "Epitome of beauty."

Pictures of Disha Patani from her Maldives holiday always sends the Internet into a meltdown. The reason is clearly visible in her vacation posts. Check them out here:

Disha Patani made her acting debut with the 2015 Telugu film Loafer, in which she featured alongside Varun Tej. She made her debut in Bollywood with Neeraj Pandey's 2016 sports biopic M.S. Dhoni: The Untold Story. She shared screen space with late actor Sushant Singh Rajput in the film.

Disha Patani was last seen in Salman Khan's Radhe: Your Most Wanted Bhai. The film opened to poor reviews last month. In his review for NDTV, film critic Saibal Chatterjee gave Radhe 2 stars and wrote: "Radhe has enough inducements for diehard Salman Khan fans to keep them interested in the goings-on. The star does everything that they would expect of him, including shedding his shirt."