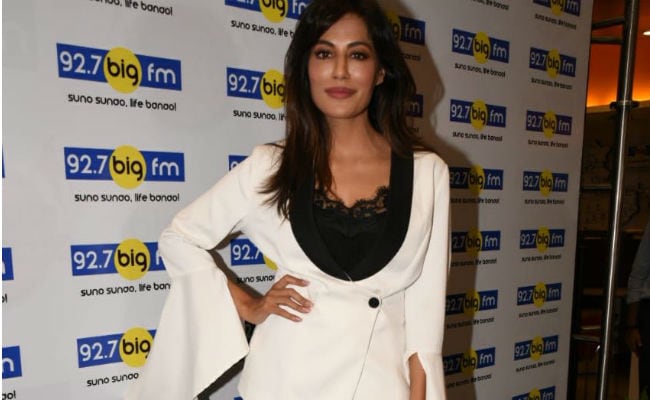 Chitrangada Singh at a promotional event in Mumbai.

Actress Chitrangada Singh, who is excited to make her debut as a film producer with the upcoming sports biopic Soorma, said that the film is really "close to her heart" and she also revealed why she decided to produce the film that is based on legendary hockey player Sandeep Singh's life, reports news agency IANS. "It is really close to my heart. We have made this film with a lot of effort and heart. We took around two and a half years to release the film, and so I hope the audience will appreciate it once it is released," the 41-year-old actress said. "When I was listening to the story of the film, that time I felt that I have never come across a dramatic real life story of a person. Sandeep Singh's (played by Diljit Dosanjh) journey has been incredible," IANS quoted her as saying.

When Chitrangada was asked about why she decided to produce Soorma, the actress said that she felt that Sandeep Singh's story is an important one and it needed to be presented in front of the world. She told IANS: "I don't think I would have written this kind of story to make a film. That's the reason why I felt that it's an important story to tell and I feel really happy and proud that I got the opportunity to be associated with Soorma as a first-time producer."

Directed by Shaad Ali, Soorma also features Taapsee Pannu and Angad Bedi in pivotal roles. The film is based on former captain of the Indian hockey team, Sandeep Singh's life, who returned to the game after being paralysed waist-down. The film's trailer has over 14 million views and its tracks such as Soorma anthem and Ishq Di Baajiyaan have been creating a buzz on the Internet. The film will hit the screens on July 13.