Read inOther Languages
This Article is From Jun 30, 2018 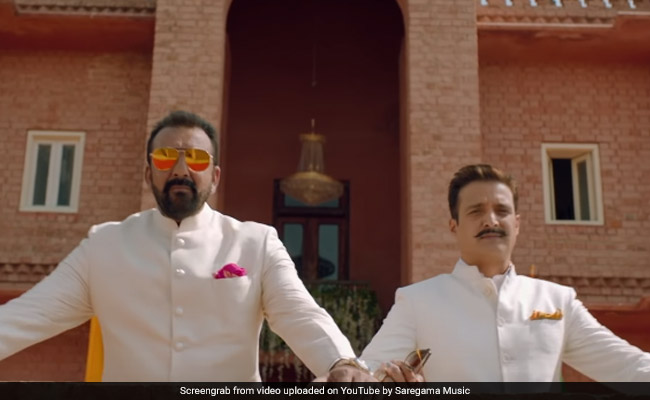 "Mere baare mein jo bhi suna hoga, bura hi suna hoga, lekin main itna bura nahi hoon ki mere bagal mein khade hone se koi badnaam ho jaye," with this dialogue we are introduced to Sanjay Dutt, the gangster in Tigmanshu Dhulia's Saheb, Biwi Aur Gangster 3. Jimmy Sheirgill and Mahie Gill's characters have been revived in the third installment and they are introduced with some rather intriguing moments in the trailer. We also get a glimpse of Chitrangada Singh, who is the latest addition to the franchise along with Sanjay Dutt. Soha Ali Khan and Kabir Bedi have blink-and miss-appearances in the trailer. What appears from the trailer is that each character has a secret and is plotting for their personal gain. Saheb, Biwi Aur Gangster 3 appears to be a tale of deceit, love, greed and power.

Earlier, Sanjay Dutt had announced he plays the titular gangster in the film by sharing one of the motion posters of Saheb, Biwi Aur Gangster. He wrote: "Jee haan Main Hun Khalnayak. Ab Ban Gaya Hun Gangster! The story has just begun and it's three times more intense now."

The other poster shared by Sanjay Dutt features Jimmy Sheirgill, Mahie Gill, Chitrangada Singh and himself.

Promoted
Listen to the latest songs, only on JioSaavn.com
Interestingly, the trailer launch sort of coincides with the release of Sanjay Dutt's biopic Sanju, which has been directed by Rajkumar Hirani. The film stars Ranbir Kapoor as the protagonist and Manisha Koirala, Paresh Rawal, Karishma Tanna, Sonam Kapoor, Vicky Kaushal, Sonam Kapoor play pivotal roles in the film.