On Monday, it was widely reported that Dilip Kumar has 'contracted lung infection' again 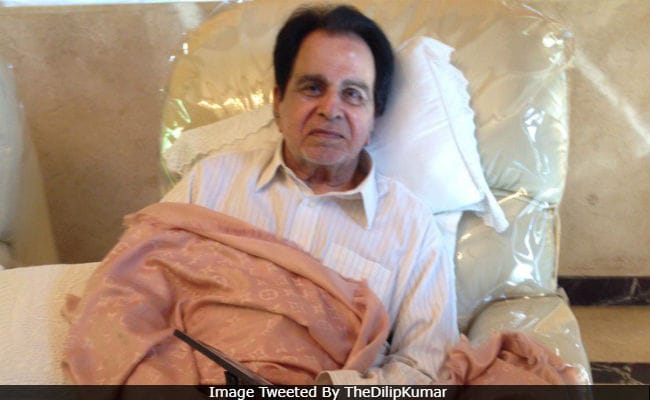 A file photo of Dilip Kumar at his Mumbai home (Image courtesy: TheDilipKumar)

Dilip Kumar's family friend Faisal Farooqui has strongly dismissed reports stating that the veteran actor has 'contracted lung infection' again. In a couple of tweets posted some hours ago, Faisal Farooqui, who usually manages Dilip Kumar's social media account in his absence, said that the news is not true and he is doing well. "This news is not true. Dilip Kumar is fine. Please don't spread rumors. Dilip Kumar sahib is doing well at home in the company of his loved ones," read Mr Farooqui's tweet, posted from the 95-year-old actor's account. In another tweet, Faisal Farooqui slammed a website for their report on Dilip Kumar's health and said, "Please refrain from mischievous posting and fake commentary."

The couple recently celebrated their 52nd wedding anniversary. A fantastic throwback picture of them was shared by Saira Banu via Dilip Kumar's Twitter account.

Message frm Saira Banu: My Kohinoor, my sahab, the man of my dreams, my Yusuf jaan and I can't thank enough- the millions of well-wishers, friends and family for your beautiful messages, calls and greetings on our 52 years of marriage today, Attaching a personal fav. photo -SBK pic.twitter.com/1mViBY3tN4

Dilip Kumar has been in and out of the hospital several times in the last few years. Last November, he was diagnosed with mild pneumonia and just a few months later, he was admitted for kidney-related ailment.

Dilip Kumar is known for films such as Andaz, Aan, Jugnu, Madhumati, Mughal-E-Azam, Naya Daur, Devdas and Ram Aur Shayam. He was honoured with the Padma Bhushan in 1991 and the Dadasaheb Phalke Award in 1994.