Dilip Kumar Responding To Treatment, May Be Discharged From Hospital Soon 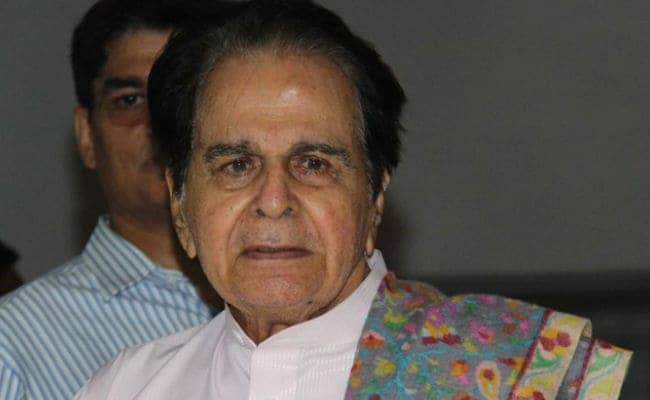 A file photo of Dilip Kumar at an event

Veteran actor Dilip Kumar, admitted to Mumbai's Lilavati Hospital for recurring pneumonia, is responding to treatment and doing much better now, read a tweet posted by family friend Faisal Farooqui from the 95-year-old actor's Twitter account. Faisal Farooqui usually manages Dilip Kumar's social media account in his absence. "Lord be praised. Dilip Kumar saab is responding to treatment and doing much better. If all goes well, as per doctors, he may be discharged from the hospital tomorrow. (Thursday afternoon)," he tweeted. Dilip Kumar was admitted to the hospital on Sunday night. This is his second visit to the hospital in about a month. In September, Dilip Kumar, admitted due to chest infection and breathlessness, was diagnosed with mild pneumonia.

Lord be praised. @TheDilipKumar saab is responding to treatment and doing much better . If all goes well, as per doctors, he may be discharged from the hospital tomm. (Thursday afternoon). Insha'Allah. -FF

Meanwhile, Faisal Farooqui, who earlier asked the fans of the veteran actor for photos with Dilip Kumar to be shared, retweeted a few:

My Daddy (Munawar Quraishi from Pakistan) the biggest @dilipkumar Dilip Kumar fan ever, have met Mr: DK many times around the world over years. This letter n picture was sent by Mr @TheDilipKumar to my dad. sending a snapshot. pic.twitter.com/w6dpTaYJoG

my first fan boy moment with the LEGEND at his bunglow in pali hill.
The best time of my life ! @TheDilipKumar love you SIR!
PS: Im On the right with my brother on the left! #Fanmoment#Dilipsaab#DilipKumarpic.twitter.com/tUJQ6uJjKR

On Monday, Mr Farooqui requested Dilip Kumar's fans not to call either wife Saira Banu or the hospital staff to enquire about his health and said that all the updates will be shared on Twitter.

Saira Baaji and Lilavati hospital staff are flooded with calls. Pls. do not call enquiring abt @TheDilipKumar Saab's health. Let them attend to their work. All health updates will be posted on here. Thank you for your prayers and understanding. -FF

Last week, Saira Banu told news agency PTI that at home, Dilip Kumar was being looked after by his doctor and nursing staff. She also dismissed reports claiming that Dilip Kumar is unable to recognise people close to him. "Who says that? I would not give that any cognizant at all. All is well, all is fine and nothing of this sort," the former actress said.

Dilip Kumar has been in and out of the hospital several times in the last few years. Last November, he was diagnosed with mild pneumonia while a few months later, he was admitted to the hospital for kidney-related ailment.

Dilip Kumar is known for films such as Andaz, Jugnu, Mughal-E-Azam, Naya Daur, Madhumati, Devdas and Ram Aur Shayam. He was honoured with the Padma Bhushan in 1991 and the Dadasaheb Phalke Award in 1994.