"About time the girls took the car out," wrote Zoya Akhtar 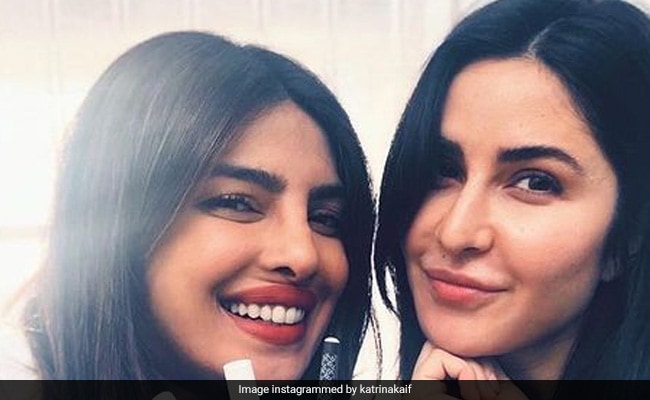 Akash, Sid and Sameer are so 2001. Arjun, Kabir and Imran are so 2011. Time for the women now - please buckle up for Jee Le Zaraa in which Priyanka Chopra, Katrina Kaif and Alia Bhatt will be at the wheel of a road trip film. The new project was announced today - nice day for it too because Dil Chahta Hai is celebrating 20 fabulous years. Announcement posts were shared by three actresses and Farhan Akhtar, who directed Dil Chahta Hai and will direct and write the new film; both posts began with the words "Did someone say road trip?" Filming begins in 2022, Farhan revealed, and he "cannot wait to get this show on the road." Us neither, Farhan Akhtar.

Did someone say road trip?

Thrilled to announce my next film as director and what better day than 20 years of Dil Chahta Hai to do it. #JeeLeZaraa with @priyankachopra#KatrinaKaif@aliaa08 will commence filming in 2022 and I cannot wait to get this show on the road. pic.twitter.com/Ycg5tRnEeF

Did someone say road trip? #JeeLeZaraa#KatrinaKaif@aliaa08@FarOutAkhtar#ZoyaAkhtar@kagtireema@ritesh_sid@excelmovies@tigerbabyfilms@chaimettoastpic.twitter.com/dcjKrIMnKt

Farhan Akhtar has long been asked about a sequel to Dil Chahta Hai - the Zoya Akhtar-directed Zindagi Na Milegi Dobara is considered a sequel of sorts; both are marked by a road trip taken the by the three friends who form the core of each film - Akash, Sameer and Sid went to Goa in Dil Chahta Hai and Zindagi Na Milegi Dobara's Arjun, Kabir and Imran went on a bucket list holiday around Spain. A post shared by Zoya Akhtar makes it clear that Jee Le Zaraa continues the thread - ""About time the girls took the car out," she wrote. Zoya will write and produce the new project.

Priyanka Chopra, Katrina Kaif and Alia Bhatt have all worked with Farhan and Zoya Akhtar before this - Priyanka co-starred with Farhan in Zoya's Dil Dhadakne Do and more recently in The Sky Is Pink; Katrina played a pivotal role in Zindagi Na Milegi Dobara; Alia was directed by Zoya in Gully Boy.

It's going to be a helluva ride. Seatbelts on please, we can't wait for the trip of a lifetime to begin.