"It fills me with happiness and so much love that people have for something that I did two decades ago," said Farhan Akhtar 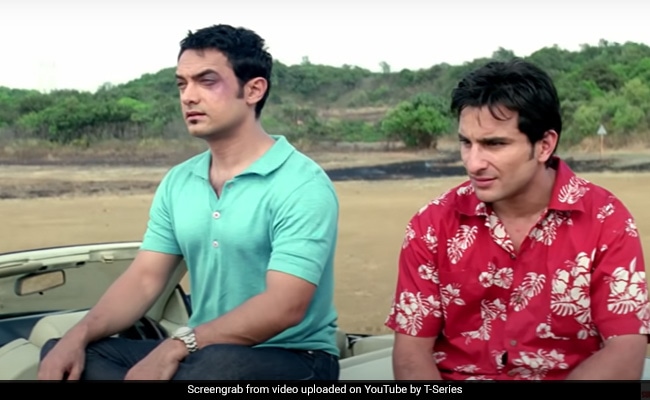 20 years ago, three best friends went on a road trip to Goa and that changed the definition of friendship as shown in Hindi cinema. No points for guessing which film we are talking about. Dil Chahta Hai  it is. The film showcases the story of three best friends (Saif Ali Khan, Aamir Khan and Akshaye Khanna) and how the developments in their romantic lives put their friendship to test. The film marked Farhan Akhtar's directorial debut and also starred Preity Zinta, Dimple Kapadia and Sonali Kulkarni. Farhan Akhtar, in a recent interview with PTI said that unlike the Before trilogy, starring Julie Delpy, Ethan Hawke, which showcased the story of the lead actors in every nine years, he has not thought about continuing his film's storyline.

The filmmaker (and now actor) told PTI, "There was never a point where I thought, let's discover where these three characters are 20 years later. I have not thought about that at all, to be honest." The film is often regarded as a benchmark film on friendship. Farhan Akhtar said that he is glad that the "subsequent generations keep discovering the film" and "keep relating to it in their own way is not something you can plan." He added, "It fills me with happiness and so much love that people have for something that I did two decades ago. That they remember it so fondly. I feel fortunate."

The film also marked the beginning of the production house, Excel Entertainment, co-founded by his close friend and producer Ritesh Sidhwani, which over the years, backed projects like Rock On!!, Luck By Chance, Zindagi Na Milegi Dobara, the Fukrey series, Dil Dhadakne Do, Raees, Gully Boy and the popular web-series Mirzapur.