Akshaye Khanna On Dil Chahta Hai Sequel: 'Told Farhan Akhtar To Wait Till Aamir Khan, Saif Ali Khan And I Are Fifty Plus' 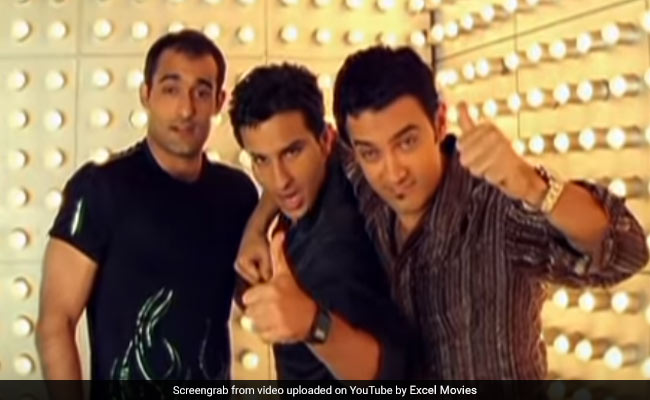 Akshaye, Saif and Aamir in a still from the film. (Image courtesy: YouTube )

Akshaye Khanna says that his much-loved 2001 film Dil Chahta Hai will be more "fun" when its lead actors - Aamir Khan, Saif Ali Khan and him- are "fifty plus," reported news agency IANS. Akshaye, who is busy promoting his upcoming film Section 375, said that it is no fun to make the sequel of Farhan Akhtar's directorial debut just after 10-15 years. Dil Chahta Hai, released on August 10 in the year 2001, recently completed 18 years. Talking about the sequel of his film, Akshaye Khanna was quoted as saying: "I always told Farhan Akhtar that wait till all of us are fifty plus and then make Dil Chahta Hai 2. Then it will be fun, it is no fun if you make it after 10-15 years. So now, Aamir is 50 plus, Saif will be there soon and I'll take a little more time and then we'll see!" reported IANS.

Dil Chahta Hai revolves around the story of three best friends (Saif Ali Khan, Aamir Khan and Akshaye Khanna), who share a close bond. It showcases their journey from carefree students to mature and responsible adults.

Ritesh Sidhwani produced the film, which won National Film Award for Best Feature Film in Hindi in the year 2001. Take a look at its trailer:

On the work front, Akshaye Khanna awaits the release of his film Section 375, which also stars Richa Chadha. The film is based on Section 375 of Indian Penal Code laws in India and Akshaye and Richa Chadha play rival lawyers in the film. The film will open in theatres on September 13.