Dia Mirza And Sahil Sangha Announce Separation After 11 Years Together: 'We Remain Friends'

Through the statement, Dia Mirza and Sahil Sangha asked for privacy and clarified they'll not be elaborating on the matter henceforth 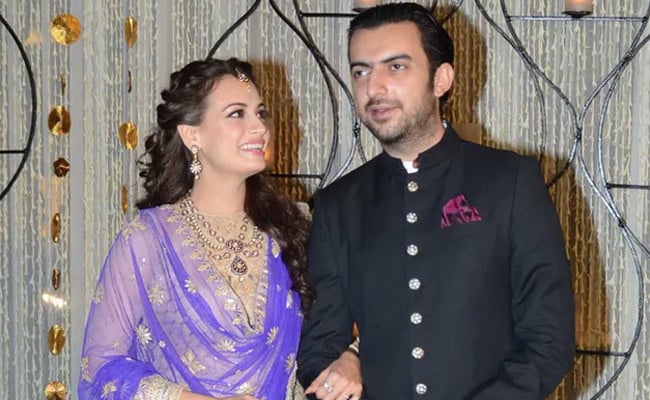 Dia Mirza and Sahil Sangha, who married in 2014, announced they are separating after 11 years of togetherness in an Instagram post on Thursday morning. A joint statement signed by both Dia and Sahil said they would continue to maintain a cordial rapport even after their split: "After 11 years of sharing our lives and being together, we have mutually decided to separate. We remain friends and will continue to be there for each other with love and respect. While our journeys may lead us down different paths, we are forever grateful for the bond that we share with each other."

Through the statement, the ex-couple also asked for privacy and clarified they'll not be elaborating on the matter henceforth: "We thank our family and friends for all their support and understanding and members of the media for their continued support and request everyone to respect our need for privacy at this time. We will not be commenting any further on this matter."

Dia Mirza and her long-time business partner Sahil Sangha married in October 2014 after dating for years. They had a close-knit wedding at Sahil's Chhattarpur farmhouse in Delhi.

Dia Mirza is best known for starring in films such as Rehnaa Hai Terre Dil Mein, Tehzeeb, Koi Mere Dil Mein Hai, Lage Raho Munna Bhai and Fight Club. Her last Bollywood film was the blockbuster Sanju, in which she was cast as Maanayata Dutt. Dia Mirza features in the web-series Kaafir and has produced the show Mind The Malhotras.

Apart from being an actress, Dia Mirza is UN Environment Goodwill Ambassador for India and is actively involved with campaigns promoting sustainable environment.