Dhanush Had a Very Kabali Birthday With Rajinikanth 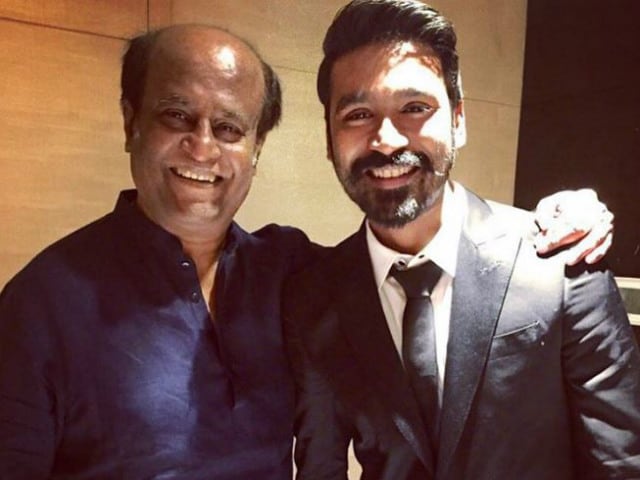 New Delhi: Actor Dhanush's 33rd birthday on Thursday began and ended, as he wrote on Twitter, with his parents blessings - and it was made extra special by his father-in-law Rajinikanth, who flew home to Chennai from USA last weekend in a blaze of Kabali glory.

Late Thursday, Dhanush posted this photo of himself with the senior actor, to whose daughter Aishwaryaa he is married.

As always my birthday begins and ends with my parents blessings. pic.twitter.com/sblM3jj4Mh

On Thursday, Aishwaryaa's sister Soundarya wished Dhanush with this tweet:

Here's wishing my best friend and brother in law a very #HappyBirthday#Rockstar#HeartOfGold .pic.twitter.com/sTTqP1cX9z

Birthday wishes from his fans resulted in a trending hashtag on Twitter all day. Dhanush posted this thank you note:

My most sincere thanks 2 all my fans 4 all the blessings.I'm very touched n overwhelmed by ur love.Will strive hard 2 live up 2 dis love.

Aishwaryaa has spent the last two months in USA with her father. They returned last Sunday , two days after Kabali released to blockbuster business in India and abroad.

Dhanush, who won the National Award for Best Actor for his work in 2010 film Aadukalam, produced and starred in last year's Amma Kanakku.