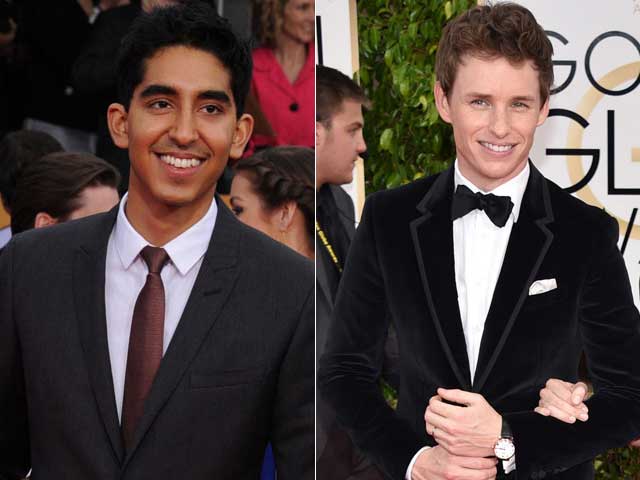 Eddie Redmayne won Best Actor this year for The Theory of Everything. Dev's Slumdog Millionaire won eight Oscars in 2009

Los Angeles: Actors Eddie Redmayne, Emma Stone and Dev Patel have been invited by the Academy of Motion Picture Arts and Sciences to be its new members of 2015.

After adding 271 people last year, the Academy sent out invitations to more than 300 people this year. The list consist of Oscar winners, nominees, and other notable names in the industry.

The new list includes Eddie Redmayne, who won Best Actor this year for his role as Stephen Hawking in The Theory of Everything; Emma Stone, who was nominated for Best Supporting Actress for her performance in Birdman; rapper Common who grabbed Best Original Song for his Selma soundtrack; and Dev Patel, whose film Slumdog Millionaire won eight Oscars in 2009.

John Legend, who collaborated with Common in the Selma theme song Glory, is also among the invitees. Another new member in the music branch is Nine Inch Nails' vocalist Trent Reznor who scored David Fincher's Gone Girl.

The directors picked for this year's invitees are James Gunn (Guardians of the Galaxy), Justin Lin (Fast and Furious 6), Edgar Wright (The World's End), and Joe Wright (Anna Karenina).