Demi Moore Reveals She Was Raped At 15, Allegedly With Her Mother's Knowledge

"I don't think it was a straightforward transaction. But she still did give him the access, and put me in harm's way," Demi Moore said on a US TV show 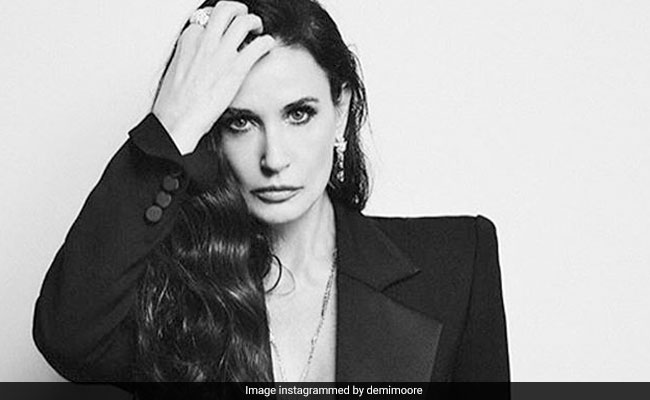 Demi Moore's memoir is titled Inside Out (courtesy demimoore)

Actress Demi Moore, who bared her soul and shared disturbing life experiences in her memoir Inside Out, revealed in her book that she was raped as a teenager by a man who knew her mother. In her memoir, Demi Moore shared that when she was 15, she returned home one day to find an older man waiting for her in her home who had the key to her apartment, reported US TV show Good Morning America. In her memoir, Demi Moore wrote that the man claimed that her mother had sold her to him in exchange for $500, stated the TV show, which also read out an excerpt from Demi Moore's memoir in a recent episode: "It was rape. And a devastating betrayal, revealed by the man's cruel question: 'How does it feel to be wh**ed by your mother for $500?'"

When asked if Demi Moore believes that her mother accepted the money for such an agreement, the 56-year-old actress told Diane Sawyer on ABC's Good Morning America that her mother "did give him the access" and put her "in harm's way": "I think, in my deep heart no. I don't think it was a straightforward transaction. But she still did give him the access, and put me in harm's way."

First hard copies just arrived. Feels good to hold it in my hands, finally. Such a long time coming. #insideoutbook is coming Sept 24!

Good Morning America reported that Demi Moore wrote about being brought up by parents, who battled alcoholism and mental health in her memoir. Talking about which, Demi Moore said her mother's first suicide attempt when she was 12. She described it as her "life-changing moment" and said: "childhood was done" on the show. The actress said that when she learnt that the man who she knew her to be her father wasn't her biological father, she consoled herself with the thought: "I wasn't wanted or I don't deserve to be here."

Demi Moore, who dropped out of high school, left her mother's home and begun signing up for acting auditions as a teenager, said she abused cocaine and other drugs, much like her parents. "They don't have an 'off' switch. I don't have the thing that says 'This is enough'," she said on Good Morning America.

A sneak peek from #InsideOutBook (coming 9/24!)... "There are two reasons I wanted to tell this story, the story of how I learned to surrender. First, because it's mine. It doesn't belong to the tabloids or my mom or the men I've married or the people who've loved or hated my movies or even my children. My story is mine alone; I'm the only one who was there for all of it, and I decided to claim the power to tell it on my own terms. The second reason is that even though it's mine, maybe some part of this story is yours, too." Link to preorder in my bio.

New York Times reported earlier that in her memoir, Demi Moore also wrote about substance abuse and suffering miscarriage when she was dating Ashton Kutcher.

Demi Moore dedicated her memoir Inside Out to her three daughters and also her mother, who died in 1998. Demi Moore's first book signing event will be held at Barnes & Noble in New York's Union Square today.