Demi Moore Writes About Miscarriage And Substance Abuse In Memoir 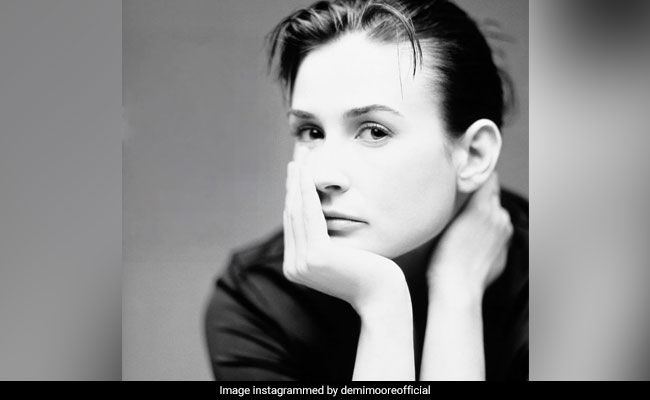 Actress Demi Moore has talked about the dark phases of her life, including suffering a miscarriage (when she was married to actor Ashton Kutcher) and her subsequent phase of substance abuse, in her upcoming memoir Inside Out. In an interview with the New York Times, the Now And Then actress said that she feels 'excited and vulnerable' with the scheduled date of her memoir's release fast approaching. Demi Moore said, "It's exciting and yet I feel very vulnerable... There is no cover of a character. It's not somebody else's interpretation of me."

Demi Moore said that her health deteriorated and her relationship with her daughters Rumer, Tallulah and Scout Willis (with second husband Bruce Willis) also crumbled. "Something was going on, including my organs slowly shutting down," she told the New York Times and said that she then took serious steps to regain control of her life. She signed up for a rehab for substance abuse and gradually mended her relationship with her daughters. She credited actress and friend Gwyneth Paltrow for standing by her and helping her in the healing process.

Demi Moore appeared on television show General Hospital while she simultaneously featured in films like Blame It on Rio and No Small Affair. Her breakthrough film St. Elmo's Fire released in 1985 and she went on to feature in movies like Ghost, The Butcher's Wife, G.I. Jane, Disclosure and Charlie's Angels: Full Throttle among others. On television, she also appeared in Empire from 2017 to 2018.