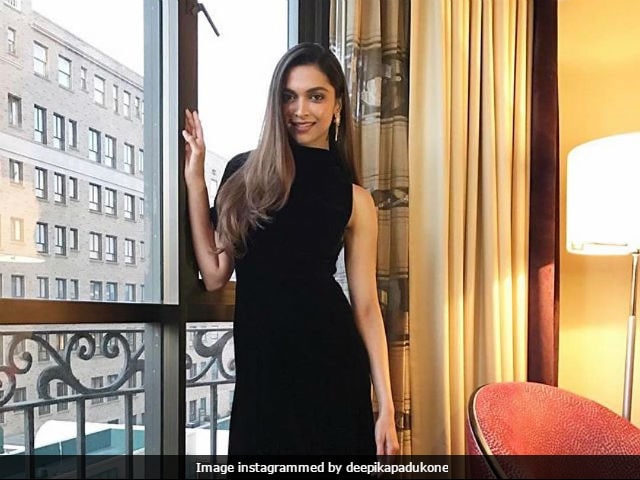 New Delhi: Actress Deepika Padukone's commitment to work-in-progress film Padmavati may have been the reason why she hasn't signed a second Hollywood film yet. A report by India.com claims that the 31-year-old star was offered a role by a big Hollywood studio but had to turn it down because she was booked for Padmavati. Deepika starred in xXx: The Return Of Xander Cage opposite Vin Diesel in January and no films across the 'wood currently. In contrast, Priyanka Chopra made her Hollywood debut in May's Baywatch, has already wrapped her scenes in Isn't It Romantic? and is also working in A Kid Like Jake.

Deepika was offered a role in a romance-drama with an ensemble cast, India.com reports. "She had to let go of the offer since the producers wanted to start filming this year and start workshops for the actors from August onwards. Since Deepika is still neck deep into Padmavati, she wouldn't have been able to take out time and therefore gave it a pass," a source told India.com.

Promoted
Listen to the latest songs, only on JioSaavn.com
The source also revealed that Deepika Padukone has no regrets about having to reject a Hollywood studio - she has 'full faith' in Padmavati, apparently, a film that reunites her with director Sanjay Leela Bhansali and actor Ranveer Singh, the team of Ram Leela and Bajirao Mastani. The cast of Padmavati also includes actor Shahid Kapoor. Deepika, Ranveer and Shahid play Rani Padmavati, Alauddin Khilji and Padmini's husband Ratan Singh in the period drama.

Deepika Padukone has, in the past, confirmed to agencies that the only film she is working on right now is Padmavati. She has also signed a film based on the female gangsters of the Mumbai underworld, which will co-star her Piku hero Irrfan Khan.
Comments
Deepika PadukonePadmavatixXx: The Return Of Xander Cage