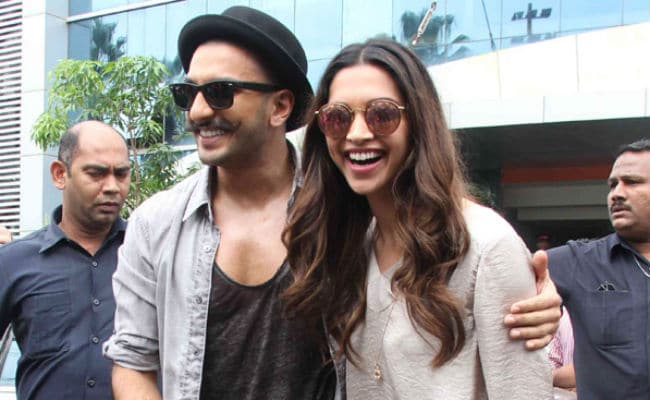 New Delhi: Actress Deepika Padukone latest Instagram post is just so cute. She shared a picture of the first shoe she ever wore and captioned it as, "My first pair," adding a heart emoticon. (Aww). Deepika's pink shoe is still preserved nicely and is kept on a table. Besides Deepika's shoe, the famous quote, "Give a girl the right shoes and she can conquer the world," is embossed on a showpiece and kept. Deepika shared the post a couple of hours ago and it has so far received over 3 lakh likes (and counting). Ranveer Singh has liked and also commented on the post (obviously). He has used several love emoticons to comment on the picture, which has also been liked by celebs like Sonakshi Sinha and Riddhima Kapoor Sahni.

Both Deepika and Ranveer, who are rumoured to be dating for a while, closely follow each other on social media. During Deepika's birthday (January 5), several unconfirmed reports suggested that they might get engaged. Last week, their wedding rumour resurfaced on Twitter.

Deepika, 32, is the daughter of ace badminton player Prakash Padukone and wife Ujjala. Her younger sister Anisha is a golfer.

At last night's Hall Of Fame Awards, was given the Entertainer Of The Year Award.

Promoted
Listen to the latest songs, only on JioSaavn.com
A few days ago, Deepika had shared a picture of a poem she wrote in her seventh grade.

my attempt at poetry in the 7th grade!