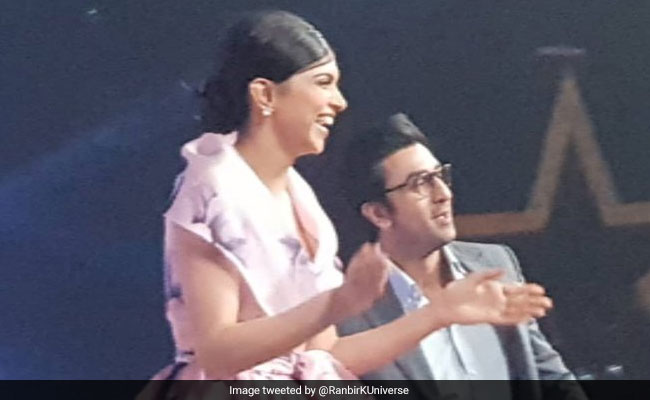 Deepika Padukone and Ranbir Kapoor danced their way to the trends list after they attended an event - Dreaming With The Stars - together on Monday night. Pictures and videos of Deepika Padukone and Ranbir Kapoor are all over the Internet, out of which, videos of one particular moment have turned out to be a favourite of the netizens. Deepika and Ranbir danced to Aankh Marey at last night's event and it was such a sight to watch! Deepika took the front stage with Karan Johar and host Maniesh Paul to perform Aankh Marey's hook step while Ranbir grooved with comedian Bharti Singh just behind the trio. Hope we don't need to tell you that Aankh Marey is from Ranveer Singh's Simmba?

Aankh Marey with Ranbir, Deepika, Karan and others #Dreamingwiththestarspic.twitter.com/T0AnLp31Fh

Ranbir Kapoor and Deepika Padukone during their KWK round at #Dreamingwiththestars ..pic.twitter.com/w04YZSwQpT

Deepika Padukone and Ranbir Kapoor made a dramatic entry with confetti and lighting on the stage while Matargashti from their last film Tamasha played on.

Ranbir Kapoor and Deepika Padukone at an Event pic.twitter.com/WRHaCCQclH

Ranbir and Deepika were also spotted bidding goodbye to each other after what appears to be last night's event: 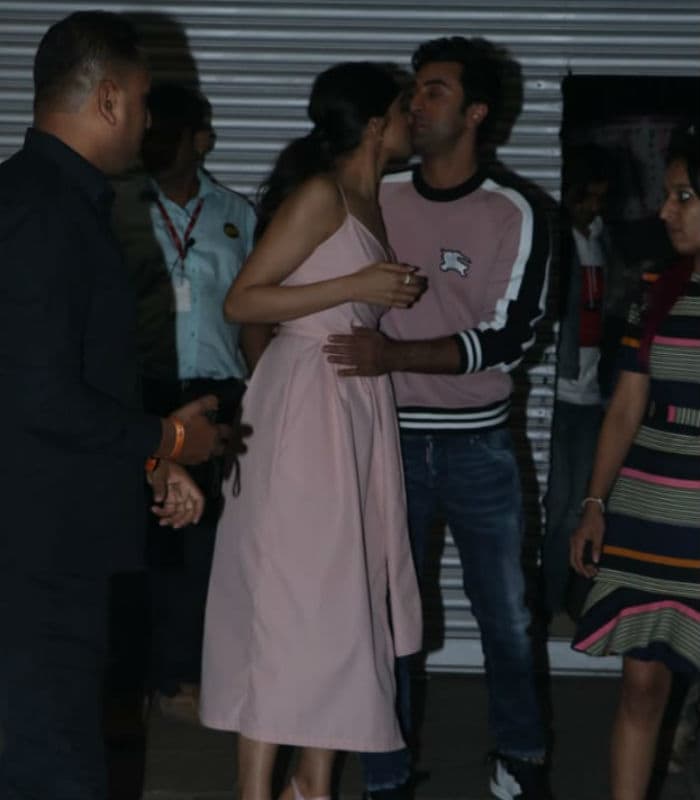 Well, this is not the first time that Deepika and Ranbir danced to a song from Ranveer's film. At an event last year, hosted by Karan Johar, Deepika and Ranbir attempted to perform Malhari's hook step but failed hilariously while the Internet had a field day.

They did a much better job at recreating Balam Pichkari steps:

OMG !! YES !! our Naina & Bunny I missed them so much !! #deepikapadukone #ranbirkapoor

Deepika Padukone and Ranbir Kapoor, who briefly dated sometime during the shooting of Bachna Ae Haseeno in 2008, recently collaborated for Asian Paints and featured in an advert together. Last night's event was also sponsored by the paint brand. They broke up in 2009.

Your friends care for you, even when you do not realize it! As Ranbir decides to get his house painted, we bring out the way Deepika cares for him. Presenting Asian Paints Royale Health Shield: The Anti-Bacterial Paint which Kills 99%* bacteria on walls and is the first paint in India with Indian Medical Association recommended Silver Ion Technology. #PaintThatCares . . *Fomite infections can spread through infected walls among other indoor surfaces in homes and offices. Silver ion technology based paint kills 99% bacteria when they come in contact with the walls. #AsianPaints #PaintThatCares #RoyaleHealthShield #IndianMedicalAssociation #HealthShieldPaint #Paints #DeepikaPadukone #RanbirKapoor#Paint #HomeDecor #HousePainting #SilverIonTechnology #AntiBacterial #FriendshipGoals #HealthyLiving #DeepikaRanbir #RanbirDeepika

Deepika and Ranbir have co-starred in films such as Tamasha and Yeh Jawaani Hai Deewani.