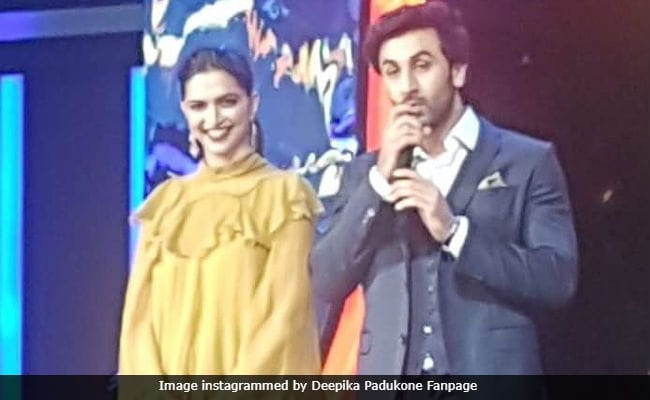 New Delhi: Itna maza kyu aaraha hai... because Ranbir Kapoor and Deepika Padukone know how to make their fans ROFL (sorry Ranveer Singh, but they are hilarious together). Ranbir and Deepika attended an event in Mumbai, which was hosted by Karan Johar, where they danced to songs from Yeh Jawaani Hai Deewani, Chennai Express, Bajirao Mastani and Ae Dil Hai Mushkil. Karan Johar orchestrated a dance-off between Deepika and Ranbir on Malhari (which was picturised on Ranveer Singh) and the result was absolutely hilarious. Neither of them remembered the steps but what was Deepika thinking when she did what she did.

Malhari was not their forte but Ranbir and Deepika recreated Balam Pichkari and Matargashti with ease. Fans rejoiced.

In one segment, Deepika Padukone tutored Ranbir Kapoor for Lungi Dance from her 2013 film Chennai Express.

And this snippet from the event is priceless. Ranbir and Deepika dancing to Ae Dil Hai Mushkil title track is probably one of the best videos you'll watch today:

Promoted
Listen to the latest songs, only on JioSaavn.com
Deepika Padukone and Ranbir Kapoor have co-starred in films such as Bachna Ae Haseeno, Yeh Jawaani hai Deewani and Tamasha. Ranbir Kapoor and Deepika Padukone will walk the ramp for Shabana Azmi's Walk Of Mijwan Fashion Show on April 9. Their outfits will be designed by Manish Malhotra.

As of now, Ranbir Kapoor is awaiting the release of the Sanjay Dutt biopic while he's busy filming Brahmastra (produced by Karan Johar). Deepika Padukone, who was last seen in "Padmaavat," recently shot an advertisement with Karan Johar.